Hamilton: There’ll be a lot more zoom dates in next contract 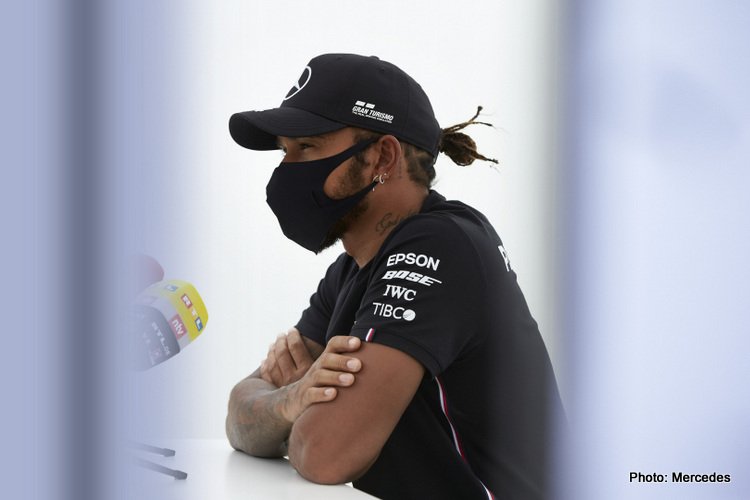 A freshly-crowned seven-time Formula 1 driver’s champion after his victory in last Sunday’s Turkish Grand Prix, all talk has now turned to Hamilton’s future in the sport, with his current contract set to expire at the end of the 2020 season.

And while there is no indication he will end up anywhere other than Mercedes in 2021, the Briton has indicated that there are details that must be sorted beyond the size of his salary.

“This year’s shown that, for example, you can work from home. So I’m sure there’ll be a lot of Zoom dates in the contract rather than actual present days which means I have to fly less.”

With 23 races planned for the 2021 calendar, travel demands will already be higher than they’ve ever been, leading Hamilton to conclude he needs all the off-track time with his family that his team can afford him.

“Time with friends and family is most important. If we get to start travelling more, [I want to] take my family somewhere and create memories with them and celebrate with them just being around. This year I’ve not been able to see them and that’s just been the hardest.”

As soon as the contract is signed, Hamilton will be the overwhelming favourite to take a F1 record-breaking eighth driver’s title in 2021, but he also maintains he has a greater purpose for staying in the sport.

“We have another big fight to win and that’s for racial equality across the board and diversity in my sport,” he said. “Which I thought I would have helped shift just by being here, but I realise that’s not the case.

“We don’t want to force teams to hire minorities for the sake of filling a space.

“We want to create an opportunity where those individuals are educated and have earned the right, and its also non-biased hiring.

“I want to find out what the real problem is first so we can fix it efficiently. I’m working with the Royal Academy of Engineering in London, we’ve got this incredible commission. Some great people, they’re all academics, some people working on the ground in black communities, some in politics.

“This research that we’re doing is trying to understand why there is a lack of young black kids applying to STEM subjects. What are the barriers?”