Vettel: I admit, I also had doubts about my abilities 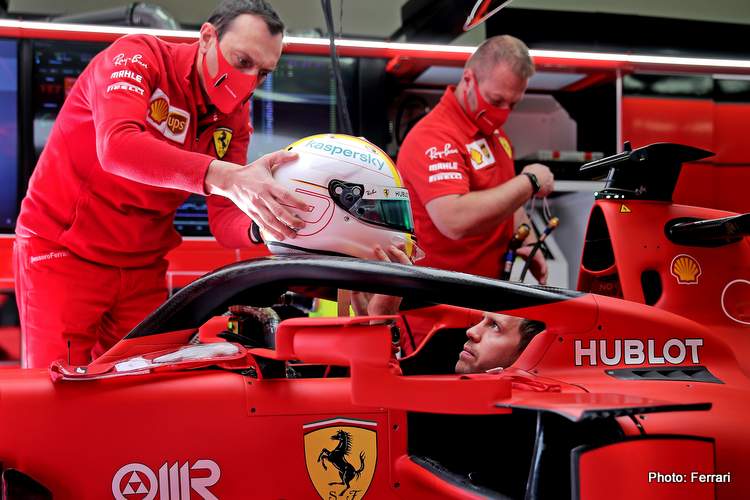 If ever a Formula 1 driver needed a big result it was Sebastian Vettel not only to win over the hearts and minds of real fans, concerned about his plummeting form this season, and also to convince himself he still has the right stuff for the top flight.

Briefly, it was touch and go for Seb, retirement or a sabbatical until Lawrence Stroll and his posse arrived to give the four-time F1 World Champion a life-line to remain, inking a deal for him to lead the Aston Martin project next season, despite the fact that the German was not the same bloke of the Red Bull glory years.

That big result came on Sunday, at the Turkish Grand Prix, Seb showed what he is made of to claim a well-deserved third place on a rare day in which he got the better of his teammate Charles Leclerc. A day in which experience triumphed over youth.

Nevertheless, glimpses of the Seb of old surfaced on that gloomy but action-packed afternoon at Istanbul Park. Amid a season in which he lies 13th in the standings with 33 points, about a third of what Charles has amassed in the sister car, perhaps there is hope that better days are beckoning for a driver the sport dearly needs.

During an interview with Die Zeit, Seb revealed, “This season has been very difficult and, I admit, I also had doubts about my abilities. I have been nowhere this year and relations with the team are not the easiest. The love story is over but I remain motivated.”

That motivation is what he will be taking to Stroll’s ambitious project, where Seb has the prospect of driving Mercedes-powered cars for the first time in his F1 career and, at 33, still has several years to add to his four titles and his 53 Grand Prix victories.

Referring to his new deal for 2021, with the Silverstone based outfit, Seb explained, “Now I’m 33 and I’ll be on the grid for the next three years but I don’t want to race until I’m 40. So, if you do the math, I have three to seven years left in F1.”

The divorce from Ferrari has been difficult, but the soon to depart driver has behaved impeccably and will continue to do so with three races left on this season’s topsy-turvy schedule, “I still expect a lot from the remaining races.

“But I think the new project with Aston Martin opens up many possibilities. Success will not be achieved quickly, but I’m sure there will be a completely different mood and a new goal which is to help the team progress,” he predicted.

Aston Martin will be the fifth F1 team Seb will drive for, having made his debut as a substitute for injured BMW-Sauber driver Robert Kubica at the 2007 United States Grand Prix.