Reader Rights: LEWIS is the GOAT. Get over it 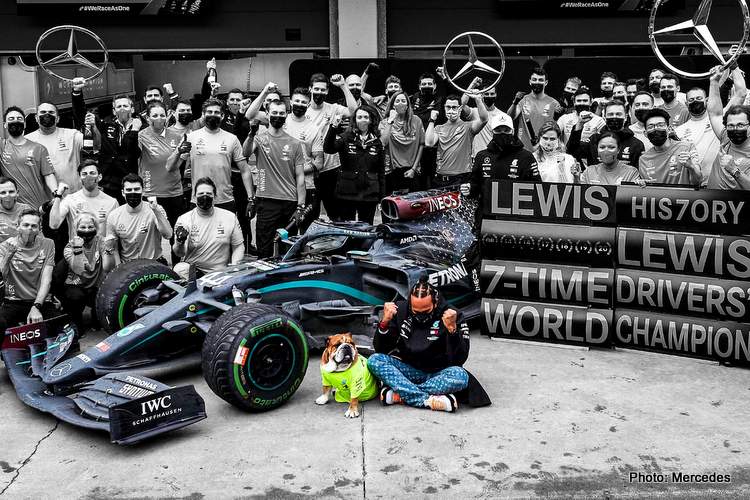 Despite his seven Formula 1 world titles and 94 F1 Grand Prix wins, some, usually led by Sir Jackie Stewart, refuse to recognise Lewis as the GOAT.

Seven titles and 94 wins! What does Lewis have to do to satisfy these naysayers?

Jackie gives his GOAT vote to Fangio (with Jim Clarke his second choice). Fangio was universally recognised as the GOAT for over 30 years, right up until the mid-90s. In all those years no driver ever matched his record of five F1 world titles. Alain Prost came close with 4 world titles, but Fangio reigned supreme.

Then, in 1994, the fantastically talented Ayrton Senna was killed in a racing accident during the Italian grand prix. Aficionados immediately put out the view that Senna was the GOAT and would have beaten Fangio’s total of five world titles if his F1 career had not been cut short.

This really is a bit of a stretch, it is fanciful to claim that somebody who died trying is better than somebody who succeeded and lived. Nonetheless, many still give Senna their vote.

The Fangio vs Senna argument bubbled along until in 2003, Michael Schumacher took his sixth F1 world title, and his seventh a year later. Again, the aficionados got high on their hobby horses protesting Michael’s right to be named the GOAT, not least because of his dubious racing tactics.

Even if we tip our hats to the protesters and exclude the championship Schumacher unfairly took from Hill, six still beats five. In 2004 Michael did become the GOAT and this view became widely accepted after Michael suffered life-changing injuries in a skiing accident in 2013.

It was around this time that Lewis Hamilton, already a F1 world champion, was about to deliver the greatest run of success Formula 1 has ever seen. Sure he would do this in the best car available; the best drivers always end up in the best car.

In just seven years he has matched Michael’s record of seven F1 championships and beat his record of 91 wins. Some now say Lewis is only statistically the GOAT (only!), but this is true of all the GOATs in all sports.

Only the scores can determine who the GOAT is. Numbers don’t lie and everything else is just an opinion (even Jackie’s). Please stop the bleating. Lewis is the GOAT! (Opinion Piece by GP247 Reader: Nigel Marson)

LEWIS #HAMIL7ON. ✊ CHAMPION OF THE WORLD FOR THE SEVENTH TIME!! 💜 pic.twitter.com/0ApmspAXEv