Hakkinen: Victory a special way for Lewis to match Michael 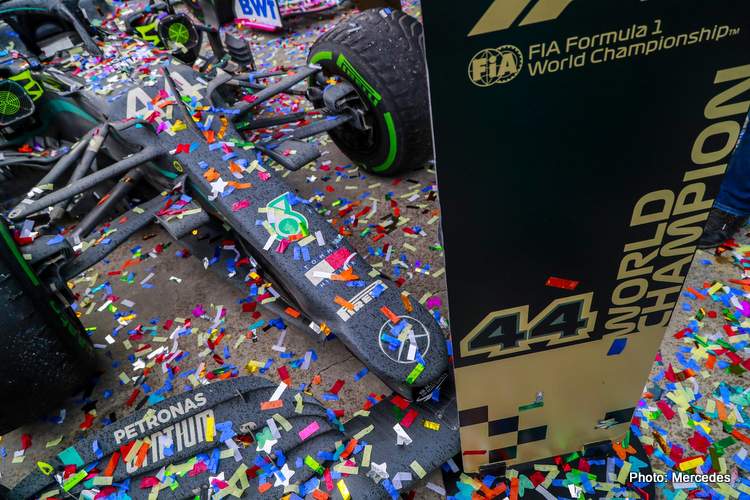 Lewis Hamilton’s seventh Formula 1 World Championship title seemed inevitable after another dominant season, but to win the Turkish Grand Prix from the third row of the grid, and in really difficult conditions, was impressive to watch.

Races like these are never easy, as so many other drivers found. Tyre temperature is always important, but particularly when you are trying to keep wet and intermediate tyres working on a track which is soaking wet, later starting to dry, but with big puddles and wet kerbs ready to catch you out.

Keeping control of an F1 car in these conditions is never easy, even for the most talented and experienced driver.

If the Racing Point was the car to have in qualifying, Lewis’ Mercedes was the better race car as it put heat into its tyres after about five laps and really began to work.

His progress was exactly what you want to see in a race like this – steady, consistent, building up an understanding of the racing lines that work best as the conditions change. This is all about building confidence in the car and yourself.

A podium celebration for the #F1 history books.

After 9 pole positions, 557 laps led and 10 wins @LewisHamilton took home his 7th World Championship win in Turkey. What a year it’s been for @MercedesAMGF1 so far 🙌🏽 #UBSF1 pic.twitter.com/CSOo8HNoFI

By the end of the race Lewis’ intermediate tyres looked more like slicks, but the fact that he rejected a call from the team to make a last-minute pit stop showed us how much he has learned over the years.

He knew what the car was capable of on very worn tyres, and he had the confidence to keep pushing in those conditions and get the job done.

To stop would have created risk, taken away the rhythm he had built, plus he was far ahead of the opposition.

Confidence is everything in these kinds of conditions, when braking hard is important to get the tyres working, but not too hard in case you lock the wheels.

In many ways, Lewis’ performance was a reminder of why he has become the top driver of this era, but even so this was a special way to match Michael Schumacher’s record of seven titles.

I first met Lewis way back when he was a young kid in karting when he clearly had a lot of talent and determination, but to win seven World Championships between 2008 and 2020 is just fantastic. (Source: Unibet)