Briatore: Alonso is in super form and very motivated 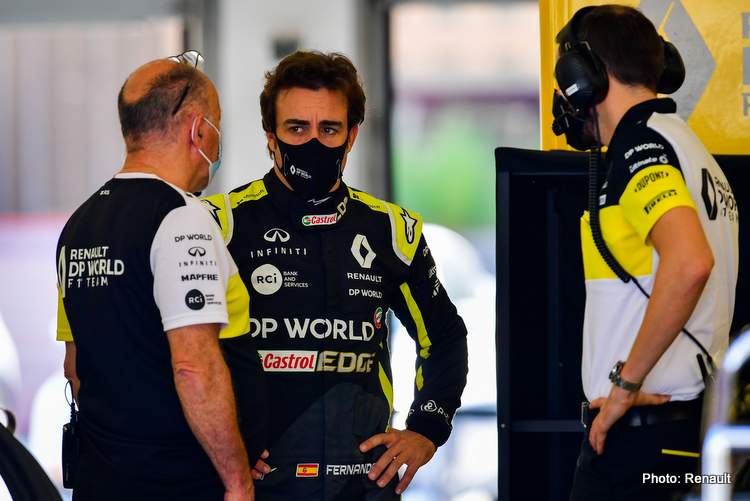 Like it or not, Flavio Briatore is going to be spewing soundbites on a more regular basis now that his pal Fernando Alonso makes a welcome return to Formula 1 to spearhead Renault’s next project Alpine F1, the former Renault team boss already relishing the return of the Spaniard.

The controversial Italian mentored Fernando since his early days and led him to the two F1 titles in 2005 and 2006, with Renault, which ended Michael Schumacher’s legendary run with Ferrari.

Speaking to Antena 3, Briatore said of the 39-year-old Spaniard, “I liked Fernando because he’s very quick, he was incredible, I hadn’t seen anything like it.

“He was so young back then. I watched him, we spoke and I put a contract in front of him after that conversation. You see that kind of talent and react quickly… Fernando and I are family.

The kid from Oviedo, at the time, made his debut at the 2001 Australian Grand Prix for Minardi. A baptism by fire, a trying year followed with the F1 minnows before Briatore took control of Fernando’s career.

In 2002, he was Renault’s reserve and test river. In that period he amassed more laps in testing than most modern drivers do in an entire career racing in the top flight. It was valuable mileage during an era of now testing restrictions. Lonely, hard graft that served him well.

For 2003, Fernando was drafted in by Flav, to partner Jarno Trulli at Benetton, and by the end of that season he announced his arrival with four podiums, including a first win at the Hungarian Grand Prix. He ended the year sixth in the F1 drivers’ championship with 55 points, his more experienced teammate had 33 and only a single podium.

Fernando Alonso had arrived in force, Briatore recalled, “We did something incredible together, what memories… Everyone experienced that. He’s unique. He’s honourable, strong, solid…

“I’m delighted he’s returned. He’s one of the best and we’re going to see that next year. He’s in super form and very motivated,” added the Italian businessman.

Nearly a two-decade laters, a very different Fernando will set into the F1 battlefield, leaner, meaner and a lot wiser. F1 is the richer for that even if it means listening to Flav’s ramblings