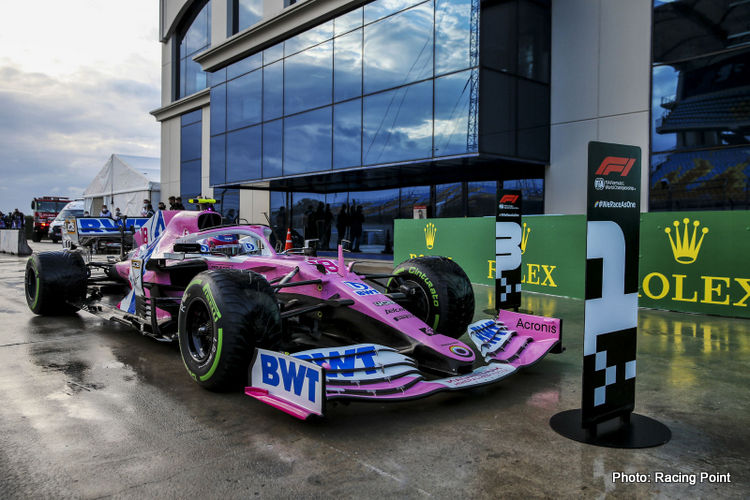 An unabashed critic of Stroll in the past, Villeneuve had previously questioned whether the young Canadian deserved his drive in F1 or was simply there because of his father and Racing Point owner Lawrence, but conceded he had proven himself with his performance on a very wet Saturday at Istanbul Park.

“Lance drove an extraordinary lap in qualifying in Istanbul and earned the pole position,” he told Sky Sport Italia. “Unlike other drivers, he didn’t make any mistakes. I wouldn’t know what to fault about his performance.

“It had nothing to do with luck. It was pure skill. Other drivers have implemented the same tyre strategy as Lance, but none as flawlessly.”

And while his results compared to his teammates across his nearly four-year F1 career suggest he still has room for improvement, Villeneuve suggested Saturday’s effort was conducive with a growing pattern of Stroll succeeding in adverse conditions.

“It is noticeable that Stroll surpasses himself, especially under difficult conditions – he achieved fourth place on the grid in Monza 2017 in treacherous track conditions, he took third place in the chaotic Baku GP 2017 when the drivers flew left and right off the track. And he also took advantage of the moment in Monza 2020, also in third place. Obviously, he feels very comfortable under the most difficult conditions.”