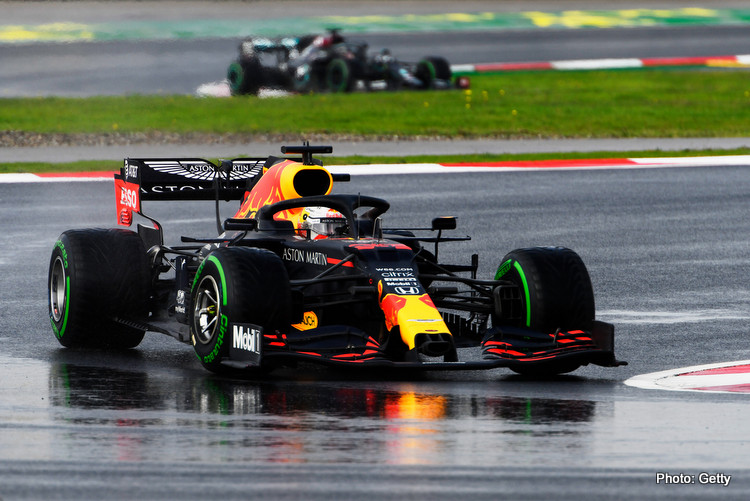 A popular pre-race pick to win from second on the grid, Verstappen instead finished sixth in the treacherous conditions.

According to the Dutchman, the cause of his disappointing afternoon can be traced back to a mistake in the front wing angle, with one side set-up much shallower than the other.

“Everything went wrong basically,” he told De Telegraaf. “It turned out that the adjustment of my front wing was completely wrong.

“On one side we were seven degrees short of what should have been our front wing set-up. That is quite a lot really.

“Normally you adjust one degree here or there, or something like that. But seven degrees, that is a lot. So what can you do as a driver? Almost nothing works as a result of that.”

And while Verstappen’s race certainly wasn’t helped by an untimely spin behind Racing Point’s Sergio Perez, the Dutchman maintained it wasn’t due to over-aggression on his part.

“I didn’t even want to overtake him there,” he said. “It’s not that I was too impatient or anything like that. There was nothing I could do at that spot.

“I just wanted to hook up behind him, but suddenly I understeered off the track. Then it was more or less finished. After that I was stuck in a little train for most of the time.

“The state of the asphalt was ridiculous as well. And with this front wing set-up, there is not much you can do as a driver.”