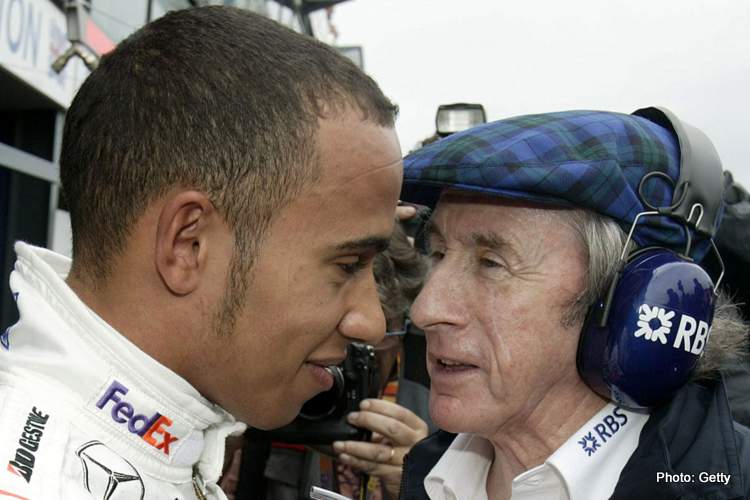 Alongside Michael Schumacher, Hamilton now has the most world titles in Formula 1 history, as well as the most race wins and pole positions.

Stewart was knighted in 2001 as a result of his achievements in the sport, in addition to his work to improve safety in Formula 1.

“But certainly Lewis deserves it. He’s now a seriously top-line sportsman in the world and that’s a wonderful thing to have, and the fact that he is British is the most important thing of all, with regards to the knighthood is concerned. I think he certainly deserves it.”

The managing director of British Grand Prix venue Silverstone, Stuart Pringle, echoed the words of Stewart, and claimed that the 35-year-old was one of the greatest British sportspeople ever.

“Lewis appeals to a huge amount of people,” Pringle said.

“He’s the only true global star in motor racing and head and shoulders above everybody else. He’s one of the greatest sportsmen this country has ever produced and we need to start recognising that as a country. He’s notably among the peers who have all been knighted and he hasn’t been and I question that.

“Seven world championships, more races than anybody else – this guy is better than anyone else in the world. He truly is a fantastic ambassador for Great Britain.”

Damon Hill, the 1996 Formula 1 world champion, explained that the drive Hamilton has to continue to win year after year is extraordinary.

“I think he relishes the opportunity to show how much better he is than everyone else and he certainly did that yesterday,” Hill said.

“I think it’s very difficult to appreciate how exhausting it is to pull yourself together every year, year on year, to fight for a world championship because it’s one to thing to be a racing driver and compete in Formula 1, but it’s quite another to have the expectation that Lewis has created for himself every year.

“That means dealing with the questions from us guys, the press, and also the requirements for sponsors and travel and organisation of your life because you can’t just turn up to a hotel and walk in the front door – he’ll never get anywhere. It’s exhausting to do, what 13 seasons now he’s done in Formula 1, and that’s hard work in itself, but to keep going and keep fresh like he has done is extraordinary. He is saying there basically he feels fresh as a daisy so that is bit of a warning to everyone else.”