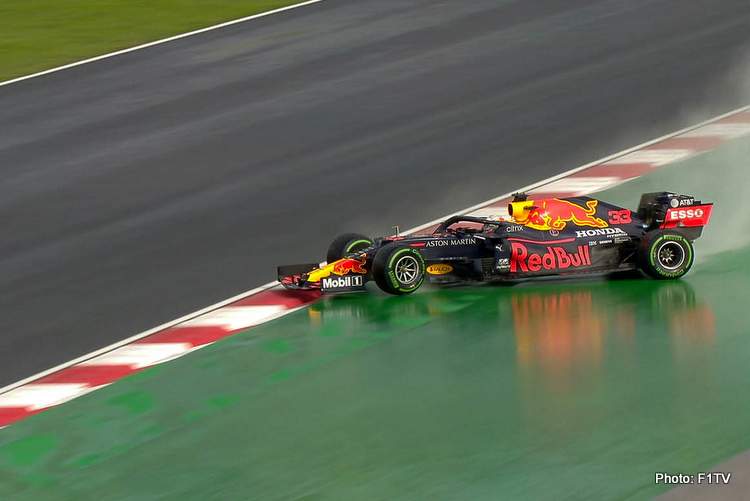 On the evidence of his extraordinary pace he showed throughout the weekend, Max Verstappen was his own worst enemy watching a potential Superhero scenario turn to almost Superzero, sixth was his reward instead at the end of a dramatic 2020 Turkish Grand Prix.

Max had a bee in his bonnet after his team ‘slipped-up’ during qualifying at Istanbul Park on Saturday. Easily quickest on the day, when it mattered he was ‘only’ good for second on the grid. The chance of a win was still very much a reality.

But his efforts off the grid were of no help, as the Red Bull was sluggish off the grid and before he knew it, he was down in fourth and also briefly led the race before a series of incidents wiped away the victory that many felt was his for the taking.

Impatience getting the better of him too often on an afternoon in which cool and calm heads prevailed.

After the race, Max reported, “It’s just very frustrating, to be honest. I tried to follow Checo through that kink, and then suddenly I just massively washed out, you get onto the green bit – big spin – trying to keep it out of the wall. Of course, I flat-spotted the tyres.

“Around here there’s only one line in the dry and in the wet so you have to follow them exactly. It’s just driving in a train, to be honest. It was just a very annoying, frustrating race – it was definitely one to forget.

“After that, you very quickly catch up to the guys, but you can’t pass,” he said. “It’s just one line around here and already that line is very slippery so it’s just super frustrating, so we were just waiting for people to pit or whatever.

“Also, the fact that the track wasn’t really drying meant we couldn’t switch to slicks so we had to stay on intermediates which just get destroyed pretty quickly. It was a complicated race with a mixture of just following the car ahead, having no grip and trying to survive! It’s not been a great day and I guess it was just not meant to be.”

Max’s karting-style mastery of wet conditions, was almost matched by teammate Alex Albon finished seventh and also poked his Red Bull into the lead for a lap.

He reported afterwards, “I have mixed feelings as everything was going to plan and it looked like we were on for the win but it was a strange race and finishing seventh is definitely confusing.

“We have been so competitive all weekend so today is a tough one to take. Both of us had poor starts but we picked our way through the field and when we pitted for inters, we had incredible grip and we were so quick.

“The pace was really strong but then we boxed for a second set of inters and we had no grip and no pace so there’s a bit of head-scratching. It’s hard to understand but we’ll sit down and understand it as these conditions were so unusual.

“This weekend has been going really well, I’m happy with the progress we’ve made and some things on my side of the garage have definitely helped so I can’t wait to get out there in Bahrain and get going again,” added Alex.