Istanbul FP3: Shut-up and drive or delay the farce? 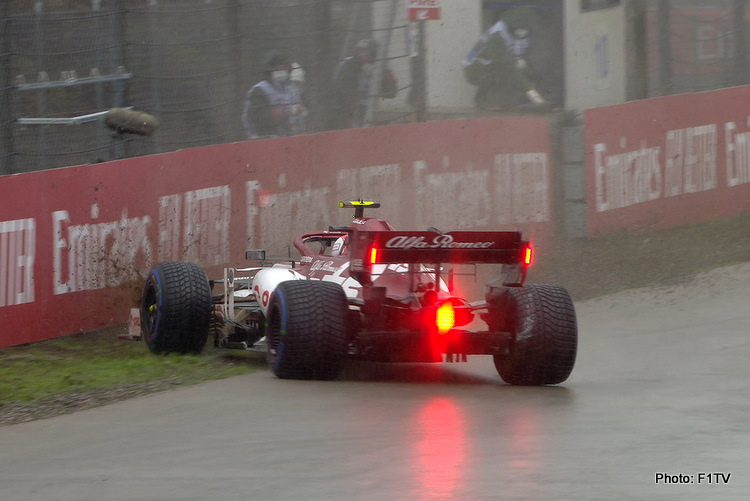 On Friday drivers, including Formula 1 World Champion elect Lewis Hamilton, complained about the slippery nature of the new tarmac laid out at Istanbul Park ahead of the return of the Turkish Grand Prix this weekend.

But the gods got more miserable on Saturday morning as they sprinkled the venue with rain, which only exacerbated matters for FP3 as drivers struggled in wet conditions, magnified by ice-rink-like conditions which this generation of drivers have never experienced.

Furthermore, the Pirelli rubber on offer has not yet switched on in Turkey, drivers complaining about their ineffectiveness throughout the one-hour session.

Lewis, who called the track “shit with a capital-S” yesterday, today added in a Tweet: “This is as close to driving on ice as you can get.” He did no timed laps.

📻 “This is as close to driving on ice as you can get.”

Both drivers finding it difficult to keep any heat in the tyres in these conditions.

Lots of cars struggling for grip and spinning out. pic.twitter.com/be5dhVNIbI

In the end, the reality is that these are the most expensive cars ever built, with the best drivers in the world and the business of a Grand Prix is on hand.

One could argue that is hard to imagine Ayrton Senna complaining that Donington was too slippery, or JM Fangio moaning about slippery Nordschleife before the three and half hour masterclass he delivered that day.

And add to that: conditions like these have often delivered epic performances.

This current generation, in the safest F1 cars ever, should simply “shut up and drive” as the stage is set for history-making with the stage set for a thriller, it’s times like these in which the best of the best will shine.

Now, the above may be from the perspective of a passionate F1 fan, and rightfully so.

On the other hand, it’s a catch-22 situation, in the age of uber-safety and Pirelli under-delivering, the Inters and Wets should be much, much better. The “tyres don’t work” is the message, received loud and clear.

Thus, with this in mind, it would be irresponsible and careless (make that stupid) to risk an incident this weekend, when gloomy days like these conjure up memories of the much-missed Jules Bianchi.

Some tough decisions need to be made between now and qualifying and, even more so, if it is like this on Grand Prix race day those decisions will be magnified accordingly.

The wet conditions kept most drivers in the pits for most of the session, when they did venture out the cream frothed to the top with Max Verstappen, like yesterday, simply on another planet in these conditions, with Charles Leclerc next best. No surprise there.

With Alex Albon third fastest, there are clear signs that Red Bull will be the package to beat this weekend, while Mercedes bleat. And those were the three who gave it a shot, the rest can tick this session as a write-off.

Which begs the question: Shut-up and drive or delay the farce? 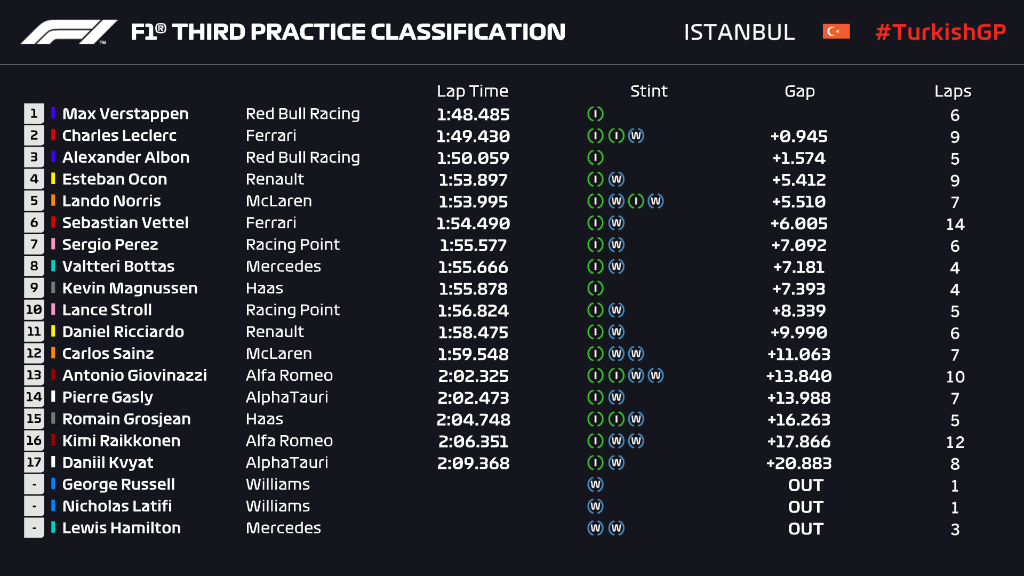