Hamilton: One of the least enjoyable qualifying sessions I’ve had 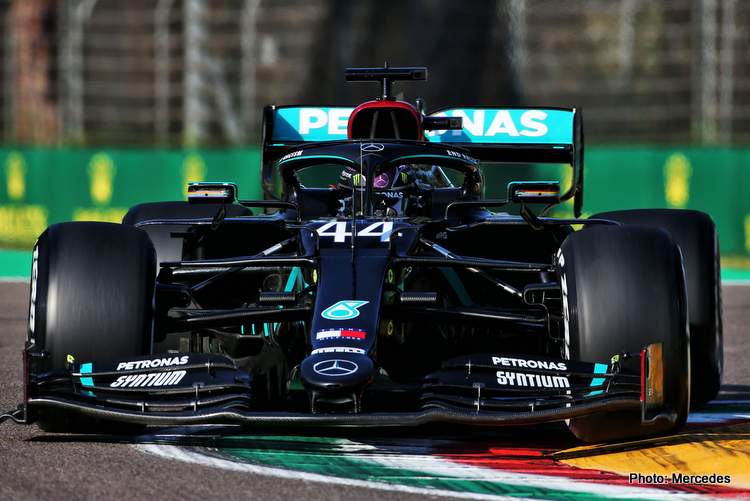 Lewis Hamilton described Saturday’s qualifying session for the Turkish Grand Prix as one of the “least enjoyable” of his career.

His Mercedes car struggled for tyre warm up at Istanbul Park, with the championship leader only sixth in qualifying ahead of teammate Valtteri Bottas in ninth.

Speaking after the session, the six-time world champion said that the car was struggling for grip on the recently re-surfaced asphalt.

“Just like driving on ice. For whatever reason some can get their tyres working better than us. This track, they ruined it with the resurfacing of circuit, made it tricky for everyone.

“This whole weekend has been nightmare to be honest, the track surface grip is the worst I’ve experienced in years of racing. Definitely one of least enjoyable, if not the least enjoyable [qualifying] I have had.”

In a shock result, Lance Stroll took pole position for Racing Point ahead of Max Verstappen in second and his teammate Sergio Perez in third.

“Yes, it was tricky,” Bottas added.

“I’m sure everyone say that and I think the main issue for us was that the decision in Q3 was not the right one, to go so late for Inters, as I couldn’t get the tyres to work and that made a difference of many, many seconds. I couldn’t keep the temperature or even create the temperature in the tyres – that’s been the story for us all weekend.”

Bottas needs to gain at least eight points on Hamilton in order to keep the championship battle alive, with the Brit taking an 85-point advantage into this race.