Verstappen: It’s the same for everyone so just adapt 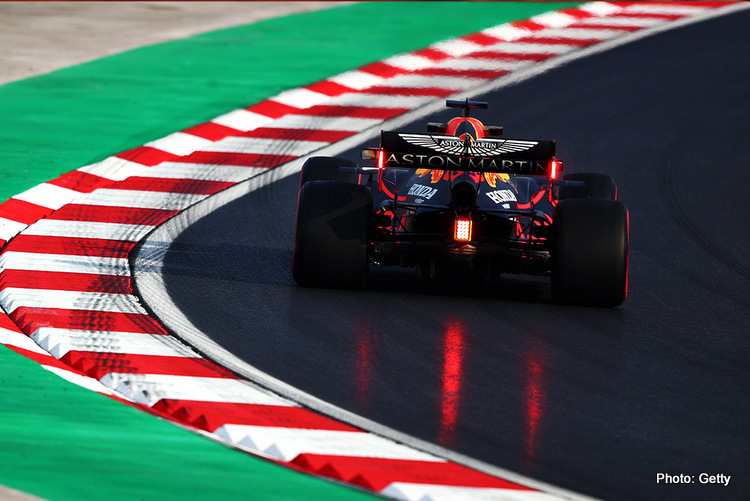 Max Verstappen was unbeatable on the first day of free practice for the 2020 Turkish Grand Prix, the Red Bull driver topping both sessions on a perilously slippery Istanbul Park, recently resurfaced but triggering the wrath of several drivers.

Critic in chief on Friday evening was Lewis Hamilton, the World Champion elect, who struggled to hook up the Mercedes around the challenging venue he last raced at in 2011 and where he won in 2010. He labelled the new track surface as “shit”, on a day in which he ended fourth fastest, albeit a massive 0.85 of a second down on pace-setting Max.

The Dutchman also had a thing or two to say about the track, but then knuckled down and blitzed around four-tenths faster than anyone else in FP2. And a full second faster than teammate Alex Albon.

In his team report, Max summed-up, “I think overall for us it was quite a positive day and the car is working well so I’m pretty happy about that. I think the prep we did before we got here was good but then, of course, we also did well to react to the conditions out on track.

“It is very slippery out there but at the end of the day it’s the same for everyone so we just have to adapt to it but I think we are all still about five seconds off where we should be on this track. I hope it’s not going to rain because then we may actually need spikes!

“I don’t think softer tyres would have made a difference, we did go faster when going from a hard to a soft but it’s just the grip on the tarmac,” he explained.

Valtteri Bottas was fastest of the Mercs, half a second shy of the table-topping Red Bull but Max called their bluff so to speak, “For sure Mercedes will get it together tomorrow so, now, I just hope we can have a competitive qualifying and in the race we will see what happens.”

While Max set the pace Alex looked good after the morning session where he was only better by his teammate, but the gap went up dramatically to 1.033 seconds when the flag waved to end the day’s proceeding.

Nevertheless, the Thai driver saw the upside, “It was a positive day and it’s always fun to try out a new track. In FP1 and FP2, it was like an ice rink out there and a bit weird because it’s not a normal feeling driving what feels like a drift car.

“You’re just sliding around which of course is a bit fun in a way but it’s also not what an F1 car likes! In order to switch the tyres on and get them to work you’re having to push way out of your comfort zone so it’s tricky but it is what it is,” he added with no mention of the deficit to the guy in the #33 car.