Istanbul FP2: Max and Charles a class above on low-grip day 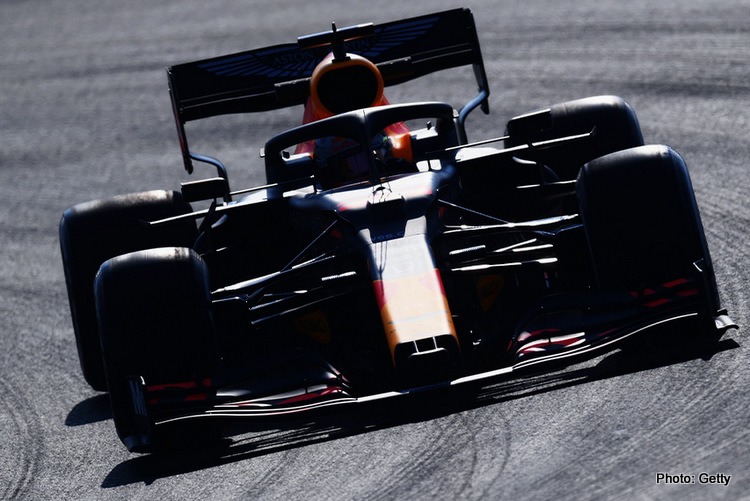 Max Verstappen owned day one of the 2020 Turkish Grand Prix, the Red Bull driver topping both sessions on the day at a very slippery Istanbul Park.

The challenging Herman Tilke designed race track, was almost undrivable in FP1 but got better for the afternoon stanza, which indeed was a couple of seconds quicker.

Verstappen extracted the maximum with his 1:28.330, the Dutchman mastering the low-grip conditions better than his rivals. Notably, he was a full second quicker than Alex Albon in the other blue car. Earlier in the day, the Thai was only two-tenths shy of his teammate who clearly upped the ante.

Charles Leclerc also thumped his Ferrari teammate Sebastian Vettel, the Monegasque ended second quickest, four-tenths down on Max, but 1.2 seconds faster than the German in the sister car, who was 8th on the timing screens.

Valtteri Bottas, was third quickest, a quarter of a second up on Lewis Hamilton in the #44 car, in fourth. The Mercedes boys struggling to come to grips with the power-friendly but tractionless track where they have never won.

AlphaTauri duo Daniil Kvyat and were up next, in sixth and seventh respectively, the Russian a couple of tenths up on his French teammate.

Lance Stroll was ninth fastest in the Racing Point, with McLaren’s Lando Norris rounding out the top ten.

The Englishman fastest of the Renault powered quartet who appeared subdued on the opening day in Turkey. Indeed Daniel Ricciardo’s best effort was only good for 15th, and a whopping 3.3 seconds down on his former teammate at the top of the chart.

All-in-all an unusual opening day which delivered a somewhat unusual pecking order, with Max and Charles working their magic despite the lack of grip and a great leveller – the two best drivers of the new generation showing exactly why they are so highly rated. 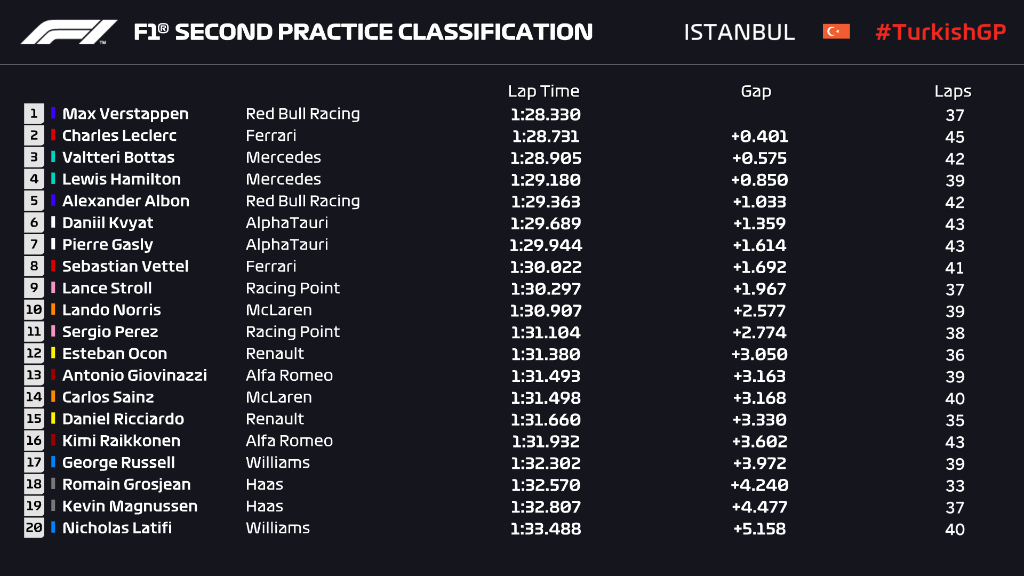