Albon: It hasn’t been terrible 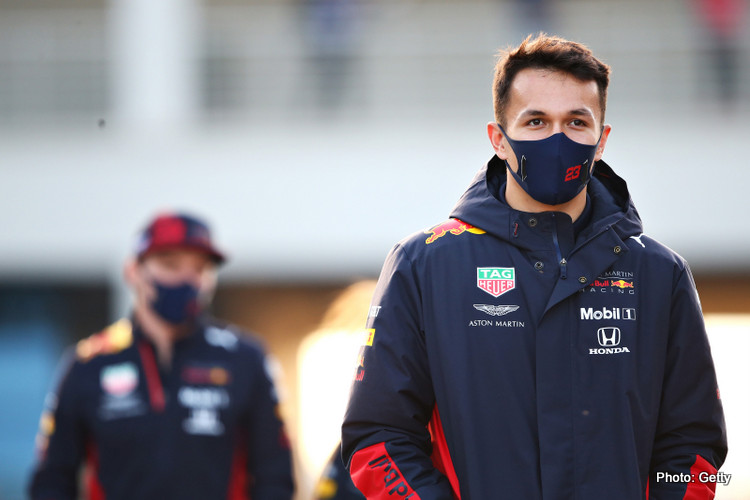 Red Bull’s Alexander Albon has defended his performances of late, arguing circumstances out of his control have not helped his cause.

Widely speculated to be in danger of losing his seat at the end of the 2020 Formula 1 season, Albon has managed only one podium at the Tuscan Grand Prix at Mugello and is currently on a three-race scoreless streak.

In comparison, his teammate Max Verstappen has one victory at the 70th Anniversary GP and nine podiums, while also being on-average half-a-second faster in qualifying.

Nevertheless, Albon believes it isn’t as bad as it looks.

“Obviously Mugello was the last race that I had a good result on really but it hasn’t been terrible,” he said ahead of the Turkish Grand Prix.

“I think qualifying hasn’t really changed too much. It’s been more or less the same, if not, sometimes a bit better.

“It’s more or less losing a little bit of time at the start of the races and once you’re in the trains it’s really hard to overtake.

“I think Mugello was a nice one because you can overtake but it has been quite tricky once the leading car in the group let’s say dictates the rest. I would say that’s probably more of a reason for it.

“Of course, here Turkey it’s a good track for overtaking and you can do different lines. Firstly, I want to qualify higher and have a smoother race.”

With four races to go in the 2020 season, Albon sits ninth in the driver’s standings on 64 points, compared to Verstappen in third with 162. Should the Thai be unable to turn his fortunes around, it is believed veterans Nico Hulkenberg and Sergio Perez are in contention to replace him.