Szafnauer: Anything can happen in fight for P3 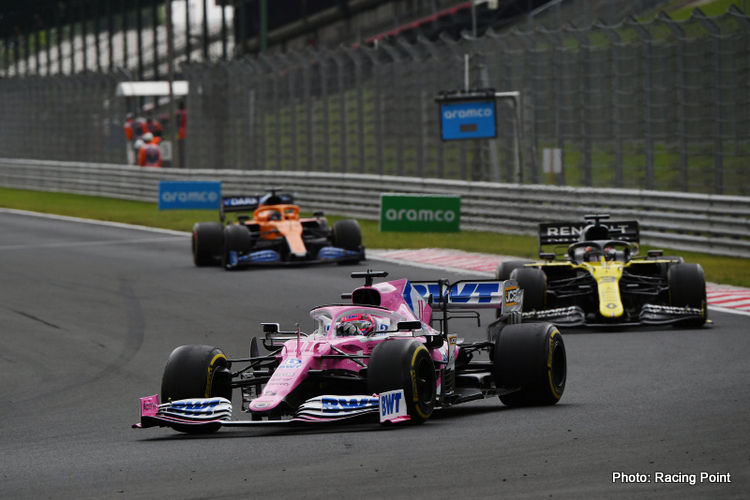 Racing Point boss Otmar Szafnauer has warned the fight for P3 in the 2020 Formula 1 constructor’s championship will go “right down to the wire”, with only a point separating three teams with four races remaining.

A battle currently led by Renault with 135 points, Racing Point and McLaren are tied for fourth on 134, providing some much-needed excitement in the standings given the dominance of now seven-time champs Mercedes.

“I think the battle for P3 has been one of the highlights of the season,” Szafnauer admitted. “Having said that, it’s actually been a close fight throughout the midfield this year. We’ve been very closely matched with McLaren and Renault, as the standings show, but some of the other teams have been right in the mix too at certain circuits, which is great for the sport and has certainly made for some unpredictable and exciting races.

“I fully expect the battle to go right down to the wire in Abu Dhabi. That’s a measure of just how strong the competition is. We’re only a point off P3 right now and anything can happen, so we’ll dig deep, give it everything we’ve got, and treat the final stretch as a four-race Championship where we aim to come out on top.”

In those remaining four races, F1 will visit Turkey, the traditional GP circuit and high-speed “outer ring” tracks in Bahrain, and Abu Dhabi, with Szafnauer maintaining his team’s car should perform well across them all.

“It’s going to be a busy period with four races in five weeks and we’ve not had a triple-header for a while, so it’s about making sure we have one last big push to get us over the line. The team have stepped up to the challenge of a very intense racing schedule this year, so we know we have what it takes to maintain a high level of performance throughout.

“This has been a season like no other with the challenging global situation, so we are immensely grateful to everyone back at the factory and trackside for their efforts in not only producing a strong car but extracting the potential from it.”