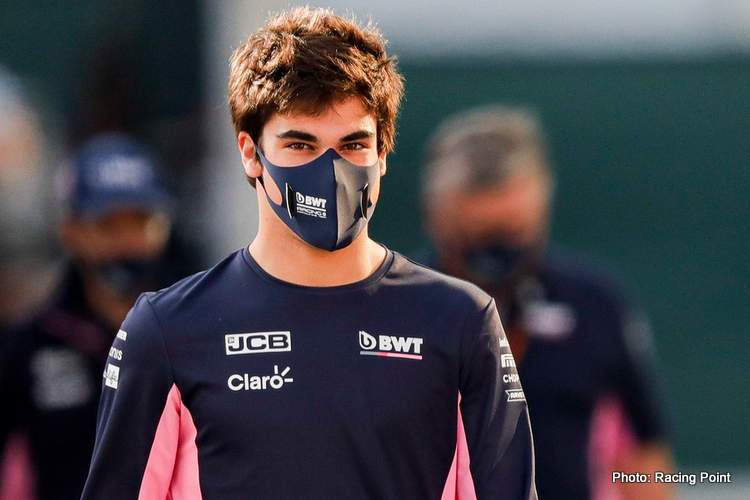 Lance Stroll is looking to put behind him a succession of bad results and is upbeat ahead of this weekend’s Turkish Grand Prix, at Istanbul Park.

The Racing Point driver has not been himself since he contracted COVID-19 last month, while his teammate Sergio Perez, soon to depart the team, is firing on all cylinders and delivering results.

However, the son of the team owner Lawrence Stroll sees the race in Istanbul as an opportunity, “I’m feeling good about this weekend. We’ve been quite unlucky recently so it’s a chance to score points and get back into a good rhythm.

“It’s a close fight in the midfield, but I think we’ve got a car that’s going to be competitive at all of the remaining races.”

Formula 1 returns to Turkey for the first time since 2011, and will be the eighth running of a Grand Prix at the challenging venue.

Lance said of the track, “It’s a new challenge and it looks like an impressive lap. I’ve been watching some videos of the old races there and it seems to be a circuit that’s always produced exciting racing. Everybody speaks about Turn 8 and I think that’s going to be the highlight. It should feel pretty special in these modern F1 cars.”

As for his goal this weekend, the 22-year-old Candian said, “The same as it’s been all season: to score regular points and fight for P3 in the Constructors’ Championship. The battle for P3 is getting closer and closer and consistency is going to be really important. We definitely want to fight for some more podiums in the final part of this year.”

The Pink Mercedes have not delivered on expectations, many expected that they would be a force with the copy-cat Mercedes F1 car from last year but they are overdue a big result.

On current form, Perez in the other Pink car is the driver to watch, and he too is relishing the return to Istanbul, “It’s definitely a nice challenge.

“It’s easy to get into a routine by going to the same circuits every year, so when you get the challenge of learning a new circuit or re-learning an older one, it’s an exciting prospect.

“You can outperform drivers by how quickly you learn the track, so that’s an interesting dynamic too,” added the Mexican veteran.