Ricciardo: I can’t wait for Turkey 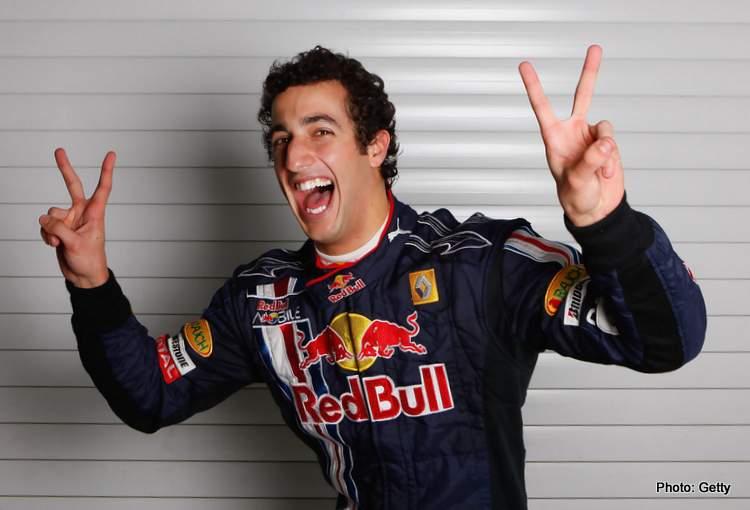 Almost a decade ago Daniel Ricciardo did an FP1 session at Istanbul Park, this weekend he returns to the venue along with the entire Formula 1 circuit to do battle at the challenging track.

In 2011, the Australian was on the fringes of F1, with Red Bull prepping him for the big-time by setting him loose in FP1 that year Daniel Ricciardo drove in place of Jaime Alguersuari at Scuderia Toro Rosso. [Above picture was shot around the same time.]

Now Dan returns for this weekend’s Turkish Grand Prix, and he is relishing the occasion, “I can’t wait for Turkey!

“I’ve only done one session there in Free Practice 1 in 2011 and it was in the wet, so if it’s dry, it’ll basically be a new track for me.

“It’s an awesome circuit and a lot of fun to drive. It’s going to be pretty cool in a modern Formula 1 car with some fast corners and long periods of time on the throttle. I think it will provide good racing as overtaking should be more straightforward [than Imola].

“I think it’s a pretty complete circuit, so I’m certainly looking forward to that. I think full beans around there is going to be awesome. Turn 8 is a great corner, but so is Turn 1, the downhill, unsighted left. It’s really cool!”

With two podiums in the last three races, Dan must fancy his chances of another visit as Renault have uncanned some handy performance from the Renault RS20 and the big smiling Aussie tends to deliver above expectations when the stars align for him.

Teammate Esteban Ocon was only 13 when F1 visited the venue, and is also looking forward to what’s in store, “Istanbul Park is a new track for me as I’ve never raced there before. I watched all the races when I was younger, and it looks a very impressive track.

“I remember some awesome racing moments there such as Michael and Fernando at the finish line on the last lap in 2006.

“It has some very cool corners and it’s a fast and busy lap. It should be exciting in these modern cars. Turn 1 is a downhill corner and it’s quite blind approaching it. There are a number of medium to high-speed corners, and it all flows nicely.

“Then there’s Turn 8, the triple left-hander. It looked an impressive corner in the old cars, and I think this year it’s going to be even better. I can’t wait to give that a go.

“Usually, on fast tracks, we have decent speed, so I think it’s going to be an awesome one to drive and to race with overtaking definitely possible on the straights,” added Ocon.