Ralf Schumacher: Max and Charles are faster than Lewis, but not better 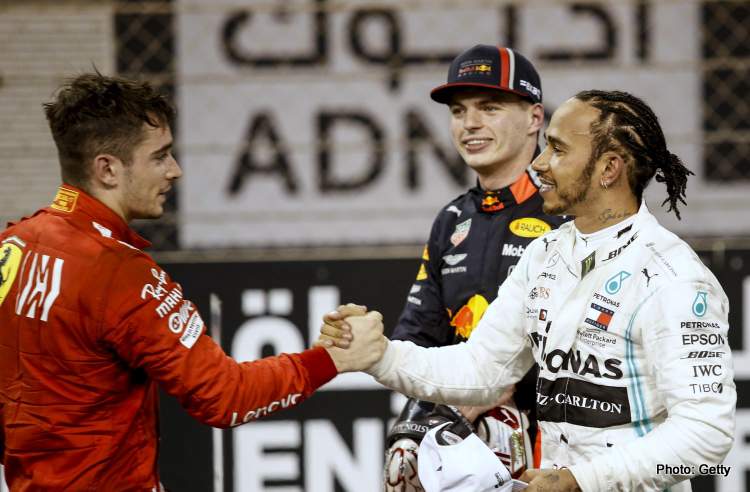 Lewis Hamilton remains the best driver in Formula 1 even if some of his younger rivals have his measure in raw pace, says former driver Ralf Schumacher.

On the verge of a F1 record-equalling seventh driver’s championship, the 35-year-old Hamilton is now one of the sport’s elder statesmen, and while Schumacher believes he is no longer the best when it comes to qualifying, he more than makes up for it in races.

“In qualifying, the young wild guys Max Verstappen and Charles Leclerc are actually faster than Lewis by now,” he wrote in his column for Sky Sport Deutschland. “I am convinced of that.

“In the race, however, Lewis is still better. There he stands above everyone! And points are only awarded on Sunday.”

With nine poles in 13 races this season, Hamilton is certainly no slouch on Saturdays, but he has undeniably benefited this season from a Mercedes car that is far superior to anything Leclerc’s Ferrari or Verstappen’s Red Bull have put out. In 2019, Leclerc took seven poles to the Briton’s five, while Verstappen has only two, albeit never with a title-contending car.

In any case, with Leclerc and Verstappen only getting stronger and his contract with Mercedes is up at the end of the current season, Hamilton has a difficult decision ahead according to Schumacher.

“In my opinion there are only two options for him: retire or extend!”

“I don’t see any other option for him. The all-important question is: how much motivation does he still have? I am curious how he will decide.

“I believe that he is only looking for a one-year contract in order to be able to sound out the situation better and to estimate what will be after the 2021 season.

“After that, Mercedes won’t necessarily be the best Formula 1 team. Times can change…”