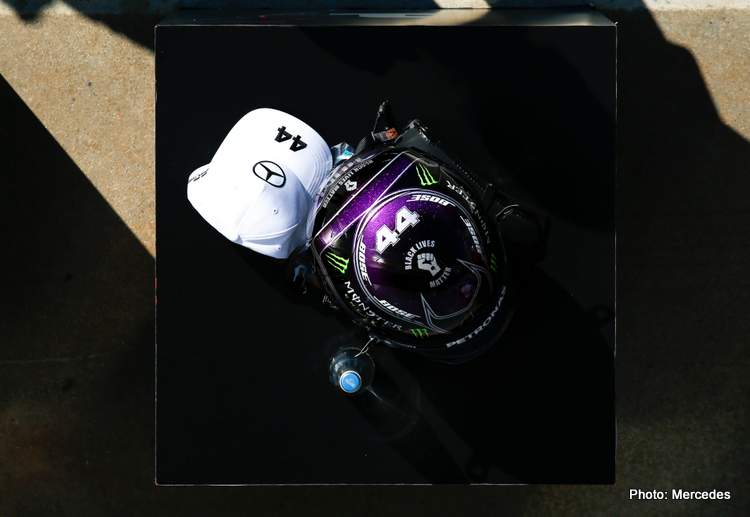 Lewis Hamilton has his first opportunity to secure the 2020 Formula One World Championship as the sport returns to Istanbul Park for the first time since 2011.

The Brit has won three races on the trot, and in doing so, he has opened up an 85 point gap over Valtteri Bottas who must outscore the leader by eight points to keep his faint title hopes alive for one more week.

Hamilton does have a Turkish Grand Prix triumph to his name from a decade ago when he crossed the line 2.645 seconds quicker than his compatriot and then-teammate, Jenson Button.

It was Red Bull who took home the spoils the following season, as Sebastian Vettel and Mark Webber pulled off a one-two with Hamilton having to settle for fourth in the McLaren-Mercedes.

Any team winning besides Mercedes would be a surprise this week, and as such, Hamilton is 1/3 in some places but a best price of 4/9 with 888sport.

Bottas has finished second in each of his last two outings and can be backed at 4/1 to go one better this time around. Those looking to side with the Finn may simply believe he is due some more favourable luck, which he has certainly not been the beneficiary of on various occasions this term.

Max Verstappen has been rather boom or bust in 2020, with each race resulting in either a podium or a retirement. He is available at 6/1 for his second success of the campaign, but in all likelihood, it would require problems at Mercedes for him to have a chance.

Having waited so long for his first top-three finish at Renault, Daniel Ricciardo has managed two in the space of three races and his podium odds are unsurprisingly shorter now than they have been all year.

The Australian, who has saved his best Renault form for the end of his tenure with the French outfit, is 3/1 to occupy the podium again and 80/1 to win his first race since the 2018 Monaco Grand Prix.

Next in the betting is the man who really should have taken the third podium spot instead of Ricciardo is Sergio Perez, who was in a position to come third but pitted under the Safety Car and surrendered his advantage over the chasing pack.

As was the case with Ricciardo before the Eifel Grand Prix, it feels like a matter of time before Perez finds himself on the podium this season, and he is 7/2 to achieve that feat in Turkey.

Charles Leclerc is also 7/2 in places, but 888sport have the 23-year-old at a tempting 11/2 for the top three after five consecutive top-eight finishes.

While Leclerc has been enjoying a consistent if not spectacular run of results, the same can’t be said for fellow Ferrari driver Sebastian Vettel who performed well in Imola but a slow pit stop cost him dearly and he fell out of the points through no fault of his own.

If Ferrari can avoid such mistakes in Tuzla this weekend, a double points finish at Evens might not be the worst angle in for bettors.

AlphaTauri’s Daniil Kvyat put in his season-best display last time out as he came in fourth, but the betting sites deem a repeat unlikely, with the Russian at 16/1 for a top six berth.

George Russell was left dejected after what he described as a ‘stupid mistake’ cost him what would have been his first-ever point in Formula One two weeks ago, but the Williams youngster is respected in the betting markets and is 11/2 to atone for his error behind the Safety Car and register a point on Sunday.