Wolff: Verstappen not an option for Mercedes 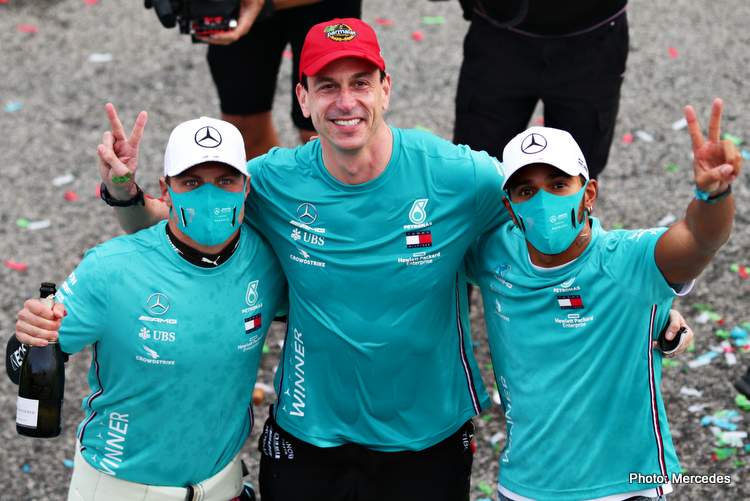 Mercedes boss Toto Wolff has confirmed that Red Bull driver Max Verstappen is “not an option” for the team.

Lewis Hamilton and Valtteri Bottas have been paired at the Brackley team since 2017, but the six-time world champion is yet to agree to a new contract for next season and beyond.

Asked about whether Verstappen, who is currently third in the driver’s championship, could join the team in the future, Wolff shut down the suggestion.

“Max is not an option for Mercedes,” he told broadcaster ORF.

“We will never understand exactly what happened in the relationship between Nico and Lewis at the time. It goes back a long time, precisely to their karting days and junior classes. We have seen how their friendship turned into rivalry and then hostility. That dynamic between them was very difficult to understand. It started when I joined the team in 2013 and it got worse and worse from there.”

Hamilton and previous teammate Nico Rosberg became openly hostile as they battled for the championship between 2014 and 2016, and Wolff confirmed that the manufacturer wanted to avoid a similar dynamic in the future.

“It was a very difficult situation to deal with,” he added.

“During team meetings there was a very negative energy in the air. At some point it was no longer acceptable and we talked about it. But the hostility among the pilots remained. Max’s presence would create an unnecessary ‘star wars. Fortunately, with Valtteri all this has not been proposed.”