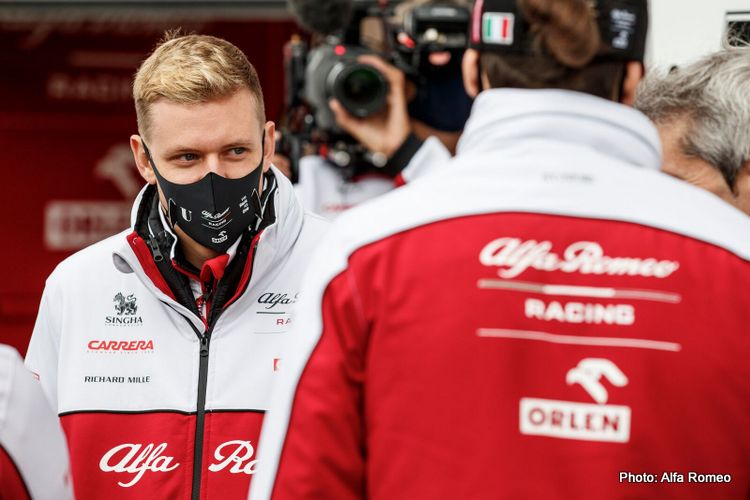 Mick Schumacher says he is ready to make the leap to Formula 1, with his wish likely to be granted in short order.

Currently leading the Formula 2 championship with two races remaining, Ferrari-junior Mick has been widely reported to be heading to Haas in 2021, where it is believed he will partner fellow youngster Nikita Mazepin.

With two seasons each of F2 and F3 under his belt, Mick, who is the son of seven-time F1 world champion Michael, has taken a patient and methodical approach to his own development, which he argues has him well-positioned for the step up.

“In recent years I have always pursued the goal of developing myself as a driver and I am very satisfied with my development,” the 21-year-old told t-online.de. “That’s why I definitely feel ready for Formula 1.

“I’m also very pleased that the results are right and that my team and I have consistently achieved good results.”

Originally set to make his F1 race weekend debut in FP1 at the Eifel Grand Prix, Schumacher instead was confined to the garage by inclement weather, but maintains he still gained valuable experience.

“Of course I would have preferred if I could have driven,” he admitted. “But overall it was a very positive weekend for me because working with the team, the meetings and the discussions with the engineers enabled me to take a lot with me and now I can better assess how a Formula 1 weekend actually works.”

Likely to get another shot at the young driver test in Abu Dhabi, Schumacher knows he is in reach of his goal of becoming a F1 driver, but insists he has more pressing concerns in F2 races that he can’t afford to look over.

“The desire to become a Formula 1 driver one day has always been great and is deeply rooted in me. I give everything towards this wish.

“At the moment, however, my focus is on Formula 2, with two race weekends still ahead of us, which we want to finish well. We’re leading the championship, and that’s how I want it to be at the end of the season!”