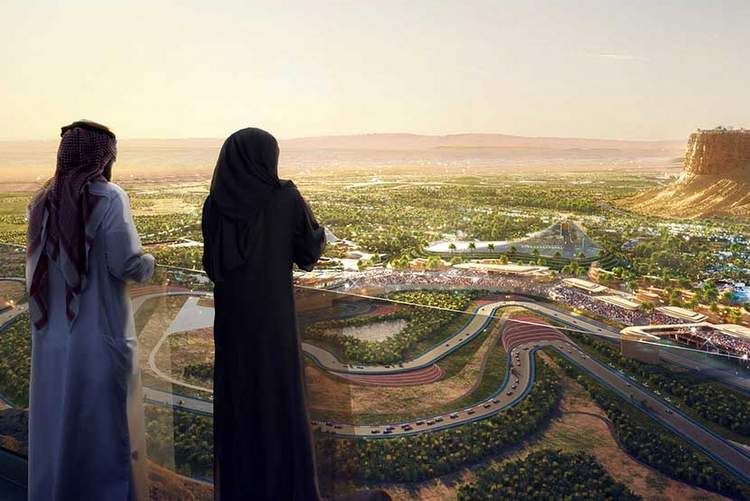 Saudi Arabia will host a Formula One grand prix for the first time next year with a night race on the streets of the country’s second city Jeddah, the sport and organisers announced on Thursday.

The November race — along Jeddah’s corniche facing the Red Sea — will be the third in the Middle East with Bahrain and Abu Dhabi, subject to confirmation of a 2021 calendar that has yet to be published.

Formula One’s current season has been restricted by the COVID-19 pandemic to 17 races in Europe and the Middle East but the sport is hoping for a fuller season in 2021, possibly even a record 23 races.

Saudi Arabia is set to be paired with next year’s season-ending round at Abu Dhabi’s Yas Marina, also held under floodlights.

“Saudi Arabia is a country that is rapidly becoming a hub for sports and entertainment with many major events taking place there in recent years and we are very pleased that Formula One will be racing there from next season,” said F1 chairman Chase Carey in a statement.

“The region is hugely important to us and with 70% of the population of Saudi being under 30 we are excited about the potential to reach new fans and bring our existing fans around the world exciting racing from an incredible and historic location.”

The Saudi round is expected to move eventually to Qiddiya, a planned entertainment resort about an hour’s drive from the capital Riyadh, once a permanent circuit has been built and as part of a long-term deal.

Qiddiya is at the heart of an ambitious strategy to open the economy and ease social restrictions.

“I firmly believe the Saudi Arabian Grand Prix will be the biggest sports event hosted in our country´s history and has the potential to change lives, perceptions and reach new audiences and communities like never before,” he said.

Saudi Arabia has become increasingly prominent on the motorsports scene, hosting the Dakar Rally in January while two races of the all-electric Formula E series are scheduled for Diriyah in February.

A new Extreme E off-road electric series is due to race in Al Ula in March while tennis, boxing and golf have held high-profile events in the kingdom.

State-owned energy giant Saudi Aramco is a global partner of Formula One and Saudi companies have sponsored teams.

“In the lead-up to the race, we´re saying to F1 drivers, owners and teams — they should brief themselves on the dire human rights situation in the country and be prepared to speak out,” said Amnesty International’s UK head of campaigns Felix Jakens.

Formula One said all partners and host countries committed “to respect human rights in the way their events are hosted and delivered.”

Mercedes’ six times Formula One champion Lewis Hamilton, an outspoken campaigner for equality and racial justice, said last week he needed to find out more about the Saudi situation but sport was “a powerful platform to initiate change”.

“We trust the commercial rights holder, also the governing body, to have done the necessary research and to make those decisions that are right for the interests of the sport,” he added.

The 2021 F1 calendar will feature a brand-new race in Saudi Arabia, with the news that the city of Jeddah will host the inaugural Saudi Arabian Grand Prix in November 2021.

The event will see the world’s best drivers and constructors do battle on city streets in a spectacular night race.

The 2021 race, the first in a long-term partnership between Formula 1 and the Saudi Automobile and Motorcycle Federation (SAMF), will take place on Jeddah’s corniche, which runs along the banks of the Red Sea, providing a stunning coastal backdrop for a full weekend of live motorsport, entertainment and culture that will take over the second biggest city in Saudi Arabia.

“We are excited to welcome Saudi Arabia to Formula 1 for the 2021 season and welcome their announcement following speculation in recent days,” said Chase Carey, Chairman and CEO of Formula 1.

“Saudi Arabia is a country that is rapidly becoming a hub for sports and entertainment with many major events taking place there in recent years and we are very pleased that Formula 1 will be racing there from next season.

“The region is hugely important to us and with 70% of the population of Saudi being under 30 we are excited about the potential to reach new fans and bring our existing fans around the world exciting racing from an incredible and historic location. We will be publishing our full provisional 2021 calendar in the coming weeks and this will be submitted to the World Motor Sport Council for approval.”

His Royal Highness Prince Abdulaziz Bin Turki AlFaisal Al Saud, the Minister of Sport added: “Saudi Arabia is accelerating forward and the speed, energy, excitement of Formula 1 perfectly reflects the transformational journey the country is on.

“As we’ve witnessed in recent years our people want to be at the very heart of the biggest moments in live sport and entertainment. And they don’t come any bigger than Formula 1.

“No matter where in the world it’s held, Formula 1 is an event that brings people together to celebrate an occasion that goes far beyond sport. We look forward to sharing this unique experience and sharing Jeddah with the world. For many Saudis this will be a dream come true.”

“Today is ground-breaking in every sense,” added HRH Prince Khalid Bin Sultan Al Faisal, President of the Saudi Automobile and Motorcycle Federation. “I firmly believe the Saudi Arabian Grand Prix will be the biggest sports event hosted in our country’s history and has the potential to change lives, perceptions and reach new audiences and communities like never before.

“To have the icons of the sport and historic teams race in Saudi in front of young fans and families is truly game-changing.

“We don’t have a rich motorsport heritage, but in a short space of time as a federation we’ve earned a strong reputation of delivering world-class international events such as Formula E and the Dakar Rally. As a result, Saudi Arabia is home to literally millions of passionate young fans of motorsport.

“Many of whom will already be smiling and counting down to seeing their heroes in November 2021. Our plans will see us take the sport to even more people with a celebration that reaches all communities and is open to all.”