Inside Line: Will Newey be joining Vettel at Aston Martin? 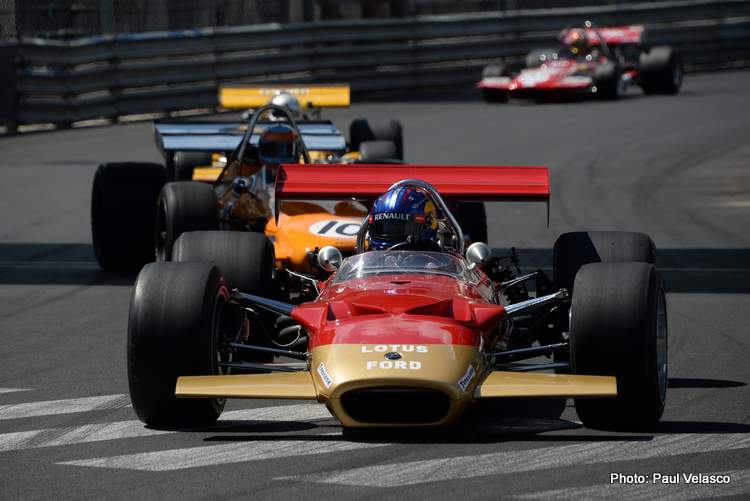 Garry Sloan’s latest column about Lawrence Stroll’s investment in Formula 1, which will morph from Racing Point to Aston Martin next year, he ends by suggesting Adrian Newey may be departing Red Bull and, if he does, he may well follow Sebastian Vettel to the new Mercedes-powered venture.

In fact, it is more than Mercedes-powered, as the German auto giant have also lashed out a huge sum to be part of Stroll’s project which already can boast a big scalp in the case of Vettel’s deal, despite the truth of the matter being that the four-time F1 World Champion is not in sparkling form at this stage of his career.

What might get that form back is none other than Newey who designed all the cars the German won his titles with. He knows Newey cars well. Hence no surprise if Seb popped the question to Lawrence and company: Why don’t we get Adrian?

He would’ve no doubt tested the waters and gauge reaction from his soon to be bosses; after all his video Michael Schumacher took Ross & Rory with him to Maranello.

Throw into that, the fact that Red Bull’s title sponsor until the end of this season is Aston Martin; Newey was involved with their Valkyrie and, let’s face it, does he want to be remembered as the best designer ever who penned the fastest fizzy drinks cans? Or grow his legacy with a proper car manufacturer? Is this enough to entice him away from Milton Keynes?

Some suggest that the enticement is over. Newey will depart Red Bull at the end of 2021 (if not sooner) and join his old mate Seb. Even team principal Christian Horner could not claim the ace designer would be with the team for the long term.

Horner told ServusTV, “He has been with us for 14 years now, he is happy in the team and enjoys working in this environment. Adrian has moved a bit into the background in recent years, but he is still motivated. He will definitely stay with the team in the coming year.”

We know that, but what about after the coming year?

With everyone in denial, a sure sign the deal is all but done. A paddock whisper from Imola claims that Seb made the call and convinced Adrian that Aston Martin is where their colective future is, and finally they get Mercedes power units to play with!

Meanwhile, the word is Newey has not taken kindly to Honda’s departure at the end of 2021 – he knows the F1  that no-works-engine-means-no-winning in modern F1; and would you have faith in Red Bull financing their one engine against the might Renault, Ferrari or Mercedes?

The only other alternative (apart from pulling the plug on F1) is for Red Bull to partner up with a reluctant Renault for engines, who will be forced by rules to do so, but we know how that ended last time they were in the same garage.

In contrast, with Aston Martin, he has the prospect to get stuck into the F1 side of the business but also pen road-going sports cars in what has got to be the most exciting sportscar/F1 combo project in years. Too good a prospect to turn down one would imagine.

Stroll and Newey will make great homies as they share a passion for the sport’s historic cars, the Canadian billionaire one of the biggest collectors of rare and race cars in the world, while Newey is a proud owner of Colin Chapman’s Gold Leaf Lotus 49 which he races in historic events such as Monaco Historique (pictured above in 2016.)

Worth noting, Newey was recently was a special guest of Aston Martin and drove several of their cars on the occasion.

But Red Bull consultant Helmut Marko claimed Newey’s accepted the invite as a keen racer and added: “He’s under contract with us.”