Hamilton: I don’t even know if I’m going to be here next year 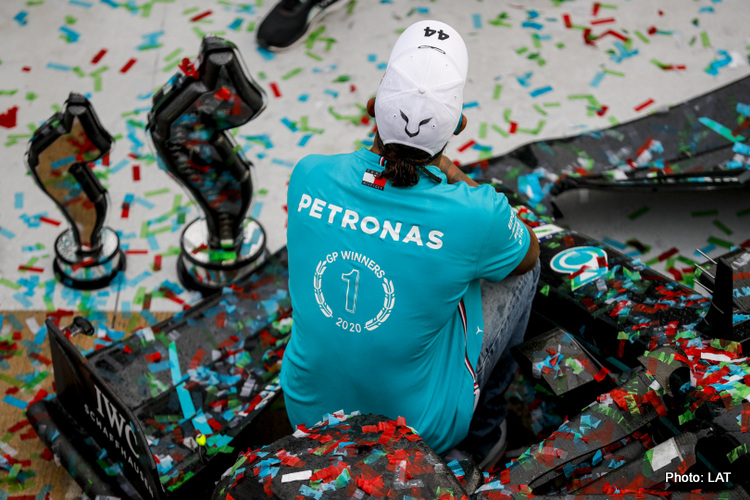 Six-time world champion Lewis Hamilton said on Sunday there were no guarantees he would be in Formula 1 next season.

Mercedes team boss Toto Wolff recognised that was a possibility but told reporters separately that he expected the Briton to stay with a team that has now won a record seven successive constructors’ and drivers’ titles.

“I don’t even know if I’m going to be here next year,” Hamilton, winner of a record 93 races and set for his own seventh title, said in response to a question about Wolff’s future.

Wolff, a shareholder in the team, has spoken of the succession at the top and wanting to hand over the reins.

Hamilton, 35, is out of contract at the end of the year and has yet to put pen to paper on a new deal, although he is expected to do so.

Pressed on his comment, Hamilton — who won Sunday’s Emilia Romagna Grand Prix and has only team mate Valtteri Bottas remaining as a title rival — continued: “I feel great and still very strong… but you mentioned about Toto and shelf-life and there’s multiple things that do stay on the top of my mind.

“I would like to be here next year but there’s no guarantee of that, for sure. There’s a lot that excites me of the after life (after racing), so time will tell.”

Asked in a separate video briefing about Hamilton’s comments, Wolff attributed them to the heat and emotion of the moment.

The Austrian said he did not think Hamilton, the sport’s most successful driver of all time in terms of victories, was about to leave.

“I hope it’s not going to happen. I think we’re going to have a pretty frantic driver market out there (if it does),” he added.

“I think nothing is ever secure,” said Wolff. “Like Niki Lauda in the 70s, he could wake up one morning on a Friday or Saturday morning at the track and just say I’m not having fun any more.

“I think that can happen to anybody but we want to continue this journey. Lewis and I and all the team, we are not finished.”