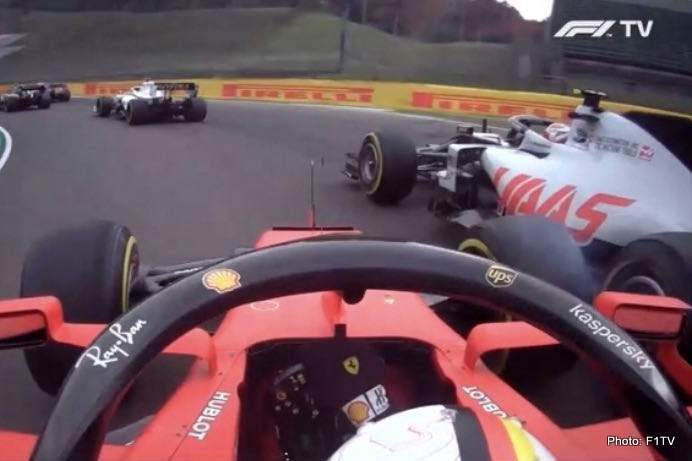 Ferrari left their neighbourhood track on Sunday night content with fifth place by Charles Leclerc at the 2020 Emiglia Romagna Grand Prix, with team boss Mattia Binotto citing positives from a weekend in which the sport’s winningest team were thoroughly trounced.

While Mercedes dominated the race with a comprehensive one-two, wrapping up their seventh consecutive constructors’ world title with four race to spare, Ferrari are having to be content with mediocrity.

In his team’s post-race report, Binotto sounded upbeat, “It’s clear to see that we are consolidating the progress we have made in recent races, especially in terms of race pace at a variety of tracks with very different characteristics.

“That’s important for the rest of this season and for the next one,” said the team boss whose car last won a race in Singapore last year.

Binotto continued with regard’s to Sunday race, “Once again, Charles did a very good job, both in managing the tyres and when it came to defending a position in the closing stages.”

Then offered this excuse for Vettel’s below-par afternoon: “Seb also had a strong race and we are very sorry for the problem at the pit stop that robbed him of a top ten finish, thus losing the chance to pick up valuable points.”

While Leclerc again drove his heart out for fifth; Vettel (yet again!) never found the sweetspot. On the opening lap he clattered into the Haas of Kevin Magnussen, then spent an anonymous afternoon toiling well out of the points, his fate compounded by a botched pitstop on his way to 12th, beaten by rookie Nicolas Latifi in the Williams!

How is this a “strong race” for a four-time world champion and 53-times Grand Prix winner?

Nevertheless, Binotto was gracious in defeat, acknowledging his rival’s accomplishment on the day in his team’s backyard, “Finally, I wish to congratulate Mercedes for winning the Constructors’ championship.

“We know we have a very long way to go to be fighting once again for those same goals, something we have achieved so often in our history, but we firmly believe we can do it.”