The Morning After: The less practice, the better? 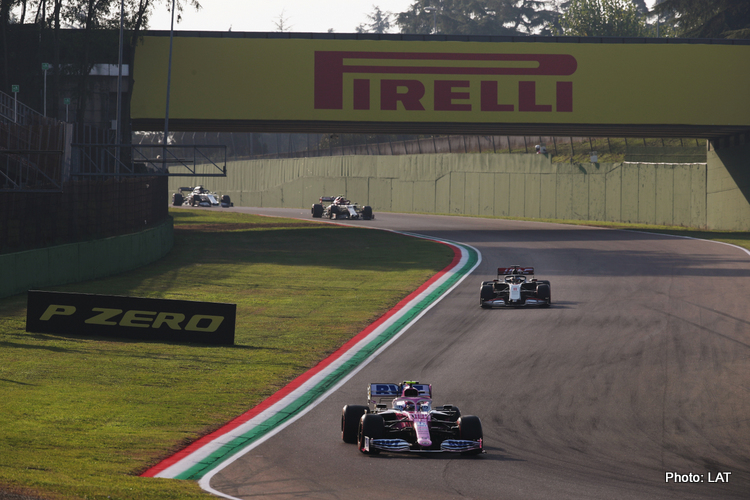 With apologies to the purists, Formula 1 should be very pleased with the results of its first official test of a two-day weekend at Imola on Saturday.

Where usually cars up-and-down the F1 grid will be allowed to run their own programmes at their own pace, yesterday they simply had no choice but to hit the track running, and that meant instead of waiting for qualifying itself for the stakes to ramp up, we got a frenetic pace from the get-go.

Particularly given we’re at a point in the season where the only intrigue left is figuring out how soon before Lewis Hamilton locks-up the title, that sense of urgency brought some much-appreciated extra-spice to proceedings. Because the one-off, 90-minute session was so much more important for the teams, it was so much more watchable the fans, and that’s certainly something you can’t normally say about practice.

That said, I want to be clear I’m not saying this is conclusive evidence that Friday practice should be nixed entirely. I just think that between the Nurburgring and here, there’s enough evidence to suggest it should be trialled in a ‘normal’ F1 season, at least as part of the two-triple headers we’re purportedly getting in 2021. Use the Friday for a young driver test, or to spotlight F2 and F3, and let everyone in F1 get a much-needed day off – ahead of a far more eventful, and hopefully exciting, Saturday.

Obviously a great performance by Valtteri Bottas to snatch pole from Hamilton’s clutches on Saturday, but at this point in the season, I’ll reserve any more in-depth praise until he backs it up on a Sunday.

Highly amusing to see Pierre Gasly to again prove his Red Bull-quality just days after being confirmed as a 2021 AlphaTauri driver. One day the story is going to come out of what he did to piss Helmut Marko off so much in his first stint with the team, and I for one can’t wait.

This emerging engine-freeze story is F1 self-interest at its best/worst. Of course Red Bull and Mercedes want a freeze, and of course Renault and Ferrari are against it – however unless they bring the date forward of the next engine regs from 2026, I don’t see how the former triumph over the latter.

The fastest strategy for the 63-lap Emilia-Romagna Grand Prix is a one-stopper, but with comparatively little running on this new circuit and consequently a lack of data in terms of wear and degradation levels, to predict the best strategy is harder than usual.

Calculating the tyre gap and optimal race strategies for the 63-lap Emilia-Romagna Grand Prix hasn’t been easy, as the teams don’t have previous experience of the track and there was only one (90-minute) free practice session this morning. This free practice session was also held from 10:00-11:30, which means that it won’t be completely representative of the warmer afternoon conditions for the race.

In terms of strategy, a one-stopper looks set to be fastest. The optimal one-stop strategy uses the medium and soft tyres: soft for 28 to 30 laps and medium for 33 to 35 laps (either way round). Very close to that is a soft to hard strategy: soft for 24 to 27 laps and hard for 36 to 39 laps (or vice versa).

Third-quickest is medium for 26 to 35 laps and hard for 28 to 37 laps. This strategy has the advantage of featuring a wider pit stop window.

A two-stop strategy is slower, but the best one is with two stints on soft of 18 laps, plus one stint on medium of 27 laps.