Ricciardo: It was my best qualifying lap this season 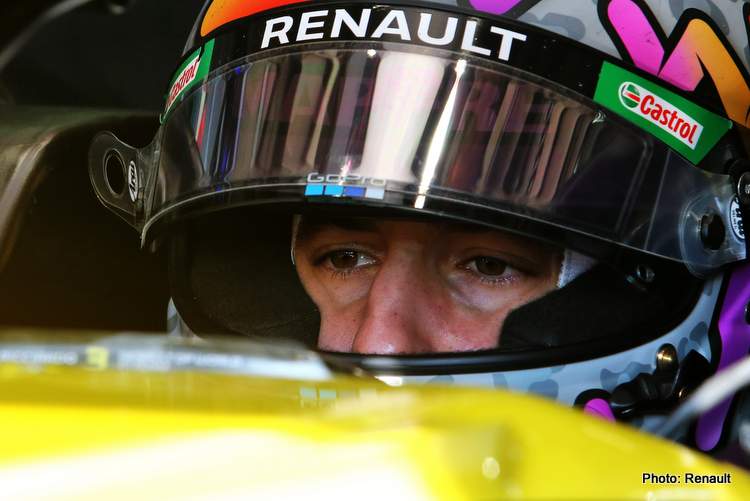 Daniel Ricciardo showed why he is considered among the top three or four drivers of the current Formula 1 generation when he put his Renault fifth on the grid for Sunday’s Emiglia Romana Grand Prix with a stonking final lap in qualifying.

Earlier, in Q2 he was two-tenths of a second quicker than teammate Esteban Ocon in Q2 which meant the Australian progressed into Q3 while the Frenchman did not.

Then in Q3 Daniel did two runs, the final one a gargantuan effort, he found nine-tenths of a second to go faster than he had done all day and fastest of the Renault brigade by a margin.

The big smile was back, when Daniel faced the media, “I’m very happy with today’s result. We found speed as the session went on. I’d honestly say it was my best qualifying lap this season.

“This track is amazing. Qualifying fifth was also super important for track position as we can have a really good battle in the race tomorrow since the group around us is very close. If we make a strong start, then we could have a very solid race,” added Dan.

On the other hand, his teammate Esteban lamented, “I’m disappointed with the qualifying result today; I didn’t see it coming, especially as we had a good practice session this morning and we did Q1. It wasn’t the best first lap in Q2 and we have to review what happened on the second lap.

“Still, there is plenty of opportunity tomorrow. We have free tyre choice for the race and we’ll see what happens to come back into the points,” he said.