Gasly: We seem to be fast in Italy! 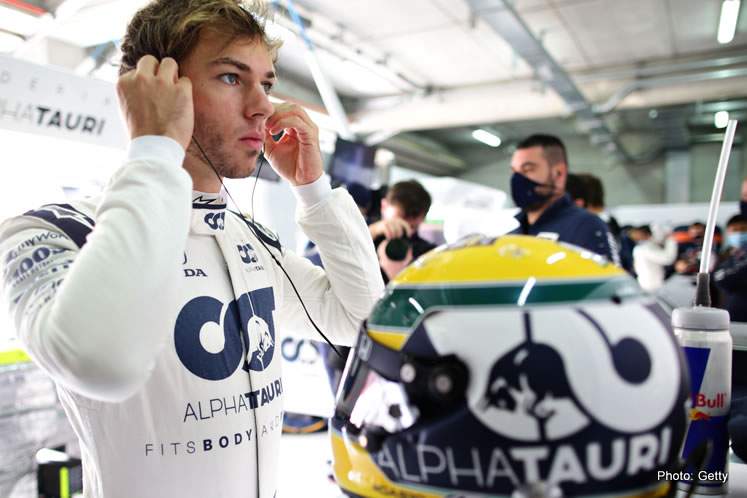 Italy has been kind to Pierre Gasly, the AlphaTauri driver won against all odds at Monza last month and today, at Imola, he again shone by claiming fourth place on the grid for the 2020 Emiglia Roman Grand Prix.

Confirmed by the Red Bull junior team for next year, inadvertently or not, the Frenchman continues to make a bid for a seat in the senior team as Alex Albon continues to struggle against teammate Max Verstappen.

But Pierre has graciously accepted his confinement and has continued to do his talking on track, this time claiming fourth place on the grid for tomorrow’s race, only bettered by the dominant Mercedes duo and Max.

Pierre summed up his afternoon, “We went into Qualifying with a positive attitude. This track is amazing, I said it before coming here but now driving it on low fuel in Qualifying mode it was just unbelievable.

“I put in some strong Quali laps and equalled my best Qualifying in F1 – P4 is pretty cool and I’m happy to do it here in Imola. We seem to be fast in Italy!

“Most of the work still has to be done tomorrow in the race, we’re starting in a strong position behind the two Mercedes and Max, so we need to keep the position at the start and go from there.

“Looking at the timesheets it’s going to be a tight battle and I’m excited about it,” added the Italian Grand Prix winner.

On a day that saw the four Honda-powered cars in the top eight, Pierre’s teammate Daniil Kvyat was slowest of the quartet, less than a couple of tenths separated them on the timing screens, the difference between fourth and eighth place where the Russian will start from tomorrow.