Hulkenberg: I’m not too stressed about F1 future 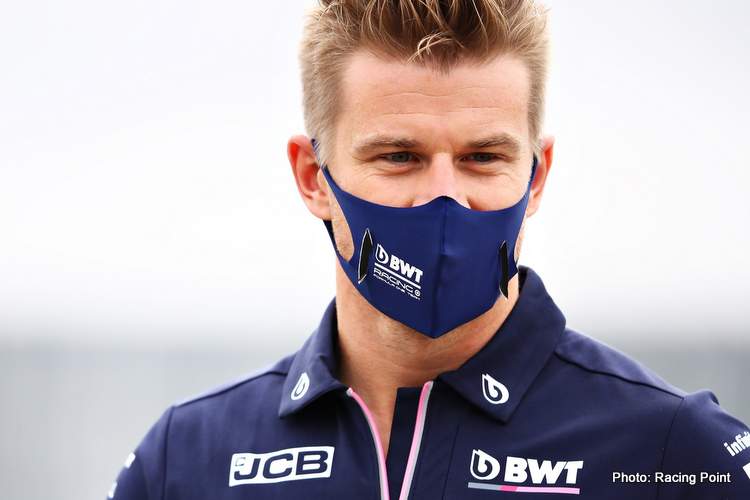 Nico Hulkenberg insisted that he is relaxed about his Formula 1 future, despite not having a drive confirmed for next season.

The former Renault man lost his seat at the end of 2019 season and has only started two races this season as a stand-in at Racing Point.

His form has been impressive though and with Alex Albon under pressure at Red Bull, there has been speculation that Hulkenberg could replace him.

However, the former GP2 champion explained that he was still working out what he is going to do next season.

Speaking to the ESPN F1 Podcast, Hulkenberg said: “We’re still figuring that out to be honest, I don’t know the answer to that question. As we know there is teams very much in control and in the process of making their choices. Obviously my name is linked with a few teams so its waiting to see what they feel and what they want to do.

“I’m not too stressed about it. I delivered this year when I had the chance this year, that’s the one thing if you’re not fully doing a season it’s kind of difficult, you’re not that visible and people tend to forget quickly. They always just tend to just remember the last race. Not so easy to make an impression so it so I was very happy to be able to receive some races and perform well, I think I did what I had to do and now it’s up to them.”

Hulkenberg’s former Force India teammate Sergio Perez is also currently without a drive after losing his seat at Racing Point, and will likely be in competition with the German for the Red Bull drive.

However, the 33-year-old was effusive in his praise of the Mexican driver and said he deserved a spot on the grid.

“Of course, in a way unlucky for Checo, but maybe also lucky for him, we don’t know yet,” he said.

“Depends where he ends up I guess. But he’s definitely one of the drivers who needs to be on the grid, [at Portimao] he did an epic drive I felt, super good job, and I’m not worried he won’t get a drive.”