Hill: Ayrton’s death was a defining moment in modern sport 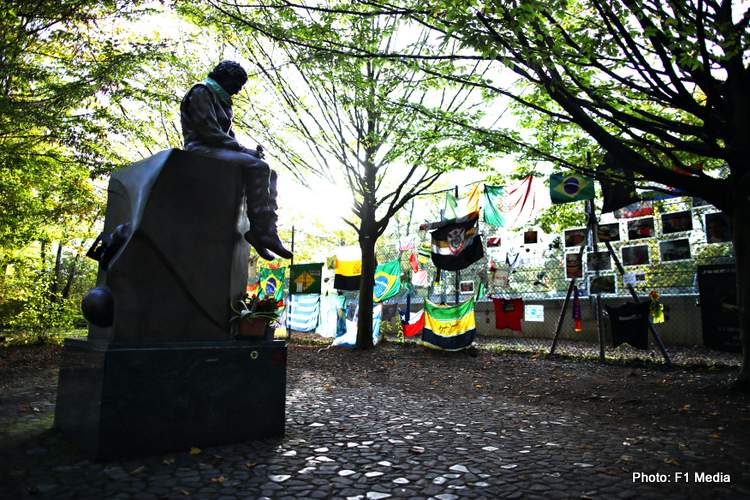 Damon Hill will watch Formula 1’s return to Imola unfold from London on Sunday, exactly 26 years and six months after his team-mate’s death at the northern Italian venue rocked the world.

At 2.17 pm on May 1, 1994, Ayrton Senna lost control of his Williams at the notorious Tamburello corner and slammed into a concrete wall at 140mph. The right-front suspension of the triple world champion’s car penetrated his helmet and he died instantly.

On Sunday, Lewis Hamilton will tread the same tarmac that claimed the life of his childhood idol for the first time in his F1 career as the sport stages a one-off race in Imola in this Covid-disturbed campaign.

Hamilton, just nine when Senna was killed, burst into tears as his father, Anthony informed him of the grim news.

The last grand prix here was held in 2006, but the nightmare sequence of events a dozen years previously haunted each subsequent race.

“It was a defining moment in modern sport and a moment that nobody will ever forget,” Hill, Senna’s partner at Williams for the 1994 campaign, told the PA news agency ahead of Sunday’s Emilia Romagna Grand Prix.

“Niki Lauda’s quote was on point. He said for 10 years God had had his hand on Formula One and then he just took it off.

“We had gone a long time without any shock event so to get a double-whammy in one weekend knocked everyone for six and shocked us all.

“Every time I think of how that weekend unfolded, it is almost unbelievable. Everything seemed out of control. It was honestly horrific and a real test of your nerve and one’s philosophy about what is sane and what is not.”

Hill’s sanity was pushed to the limit when he was strapped back into the same machinery which carried Senna to his death just 37 minutes earlier.

“I knew that Ayrton was in the wall, but I didn’t know the extent of his condition,” said Hill, who finished sixth, behind winner Michael Schumacher.

“Ahead of the restart, [Williams’ PR officer] Ann Bradshaw came up to me and intimated that it was Ayrton and it wasn’t good. But I took that to mean it was a grave injury. I didn’t know at that time he was dead. In fact, nobody competing knew he was dead until the end of the race.

“When we restarted, I sensed there was a black cloud over us but I felt I was in good hands. Some people took the view that it was a big risk running my car when they didn’t know the cause of the accident, and there may have been some weight to that but I didn’t object to racing.

“I trusted the team and If I didn’t like it then I could stop.

“With today’s values and attitudes everyone would have understood if they said OK, we have had enough for this weekend we are going to pack up and go home. But you only have to go back a few years before 1994 to the 70s when a race went on with drivers dying at the side of the road.

“People don’t want to go through that experience now. They like the accidents, they like the thrills, but they don’t want to see people get hurt. Look at Covid, we are trying to make sure as few people as possible are going to die from this. We don’t just tolerate the death toll because it is not seen as a responsible attitude.”

Senna’s accident changed the face of F1 forever. Tracks are safer – the circuit Hamilton’s generation will tackle this weekend is a watered-down version of the one seen in 1994 – while the cars are almost bullet-proof.

Just one driver, the Frenchman Jules Bianchi, has died as a result of injuries sustained in an F1 race in the quarter of a century that has passed since the sport’s darkest weekend.

It is a remarkable record, but at what cost to a show which is synonymous with danger?

“We are backed into a corner now,” concludes 60-year-old Hill. “Where is the jeopardy and the thing that made it thrilling and dangerous? How do we replace that? That is the challenge.

“Compare our sport to the Isle of Man TT. Some might say I don’t want to watch it because I don’t want to see someone splat themselves against a wall but you cannot help but be awe-inspired by those guys.

“We need some more spice. Closer competition will help, more risk-taking and better tracks, too. If we are not careful, people will drift away and go to find the thrills that they use to get from our sport from something else,” warned the sport’s elder statesman.