Gasly: I am surprised I was not even considered. 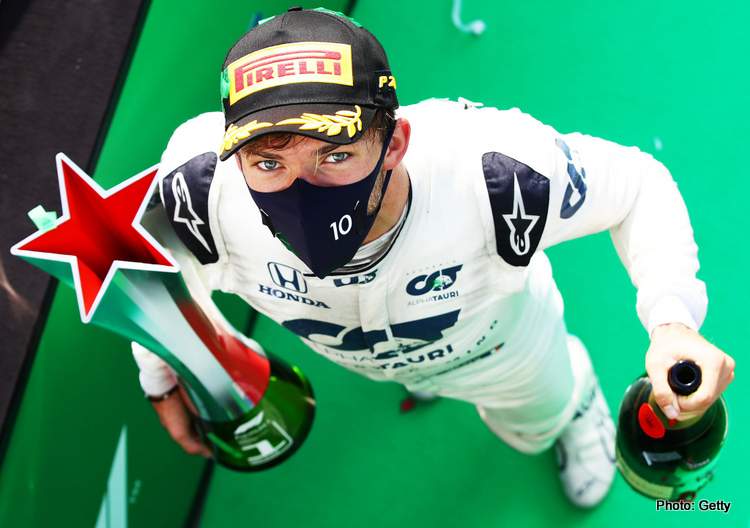 No one knows, or no one is telling, but Alpha Tauri Pierre Gasly has done something serious to ”annoy’ Red Bull enough to be kept out of the senior team, despite the Italian Grand Prix winner making a strong case to replace Alex Albon and slot in (again) alongside Max Verstappen.

The entire F1 world and paddock (bar those in the Energy Station) know that Pierre deserves a second chance, and Christian Horner said he would be given one at the time of his axing. The door was not closed the team boss insisted.

Clearly, the Albon-experiment has failed miserably and it would be fitting to reward the Frenchman. But no, he is to remain with the junior team for another year.

Speaking to reporters on the eve of the Emiglia Romana Grand Prix at Imola, Pierre was asked if he was given an explanation why the Red Bull door was closed to him, he replied, “No not really but it was clear that I would stay with Alpha Tauri.”

As for disappointment of being overlooked for a return to team-up with Max, he said, “I am not disappointed, not surprised. Seb won a race with Toro Rosso and he got promoted to Red Bull. I am surprised that I was not even considered.

“We are performing on a great level and I am able to show my skills. I am 24-years-old. I want to fight at the top and for the championship. I need to perform and do the best job I can. And I will keep doing my best for the team.”

The humiliation of being ditched by Red Bull, midway through last season, was a tough pill to swallow, but at Alpha Tauri – away from the big team spotlight and not having to measure up to Max every other weekend – has brought out the best in Pierre, whose sensational maiden F1 victory at Monza will forever be a highlight of the 2020 season.

It was also the culmination of hard work, resurrecting a career in tatters and inadvertently offering a massive reality check for, not only Red Bull but also, Alex Albon and Daniil Kvyat, who have been comprehensively outshone by their respective colleagues this season.

For now, Pierre has seat on the F1 grid which many covet. He has no option to sit tight, keep tight-lipped, perform out of his skin and eventually the pieces should fall into place.

If his current employees are not interested in future, it may be that a team like Renault could be piqued by a talented and feisty homeboy, should Esteban Ocon or Fernando Alonso not work out for the French team next year.

In closing, as Albon simply gets worse with every outing, Pierre deserved better from Red Bull, at least a second chance but for now he must accept his plight with dignity, toe-the-company-line and keep on delivering beyond expectations.

For the race at Imola, Pierre will pay tribute to the late, great Ayrton Senna who died of injuries sustained during his crash at the 1994 San Marino Grand Prix, at the venue.