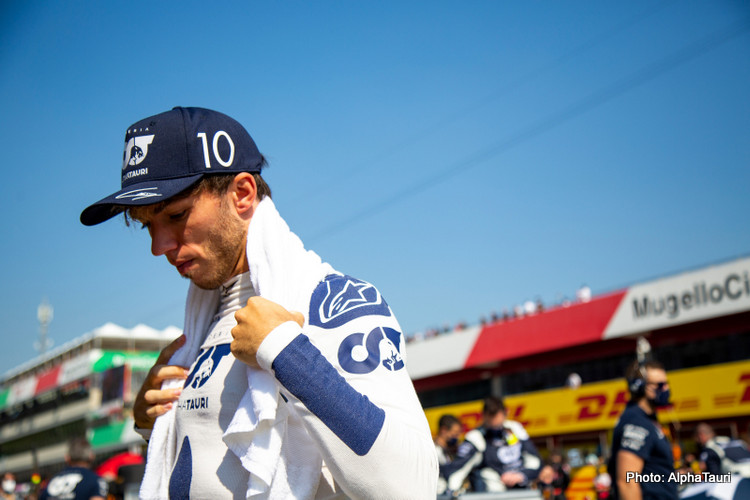 Pierre Gasly will not be heading to Red Bull in 2021 after AlphaTauri confirmed they have retained the Frenchman’s services for another year on Wednesday.

Gasly, who became Formula 1’s newest race-winner at the Italian Grand Prix, had been speculated to be making a return next year to the team with which he drove 12 races in the 2019 season.

Instead, the 24-year-old Frenchman will stay with the Faenza-based outfit for another year.

“I’m extremely happy to continue with Scuderia AlphaTauri for another season!” Gasly said in a statement. “This year is going very well, and we are on track to have our most successful season in the team’s history.

“I feel we have a very strong relationship, we have managed to take every opportunity that’s come our way, the best one at the Italian Grand Prix. Winning my first Formula 1 race in Monza was a very special moment for me, and it was made extra sweet to deliver a second win in the team’s history, so I’m very proud of that.

“I’ll do my maximum to push the team and take all my responsibility to bring it as far forward as I can. I’m looking forward to next year’s challenge and continuing with AlphaTauri both as a premium fashion brand and a racing team, to keep performing as much as I can to achieve even more success in the future.”

“He has been part of the Red Bull driver pool for many years and I hope he will remain in the Red Bull family for many seasons ahead.

“Since he came back to the team last year, he consistently showed extremely good performances achieving two podiums, with a second place in Brazil in 2019 and a win at the team’s home race at this year’s Italian Grand Prix. Pierre has proven to be highly competitive also thanks to his great race craft, extracting the car’s potential at every race and giving valuable feedback to his engineers.

“He is mentally very strong, he is always motivated and when he sets a goal he gives it his all to achieve it. I’m looking forward to extending this cooperation and having a successful 2021 season together.”

Replaced at Red Bull with Alexander Albon after the 2019 Hungarian Grand Prix due to poor performance, Gasly has since enacted a remarkable turnaround in form that extends well beyond his victory at Monza.

And given Albon’s own struggles in the seat across from Max Verstappen, it seemed like a switch back could be on the cards, although rumours have circulated in recent weeks that Gasly was not a popular figure during his time with Red Bull, which could have have worked against him.

Should the senior team still wish to move on from Albon, presumably Red Bull advisor Helmut Marko will now look outside the team’s young driver stable for a replacement, with veterans Nico Hulkenberg and Sergio Perez the two most likely candidates for the job.