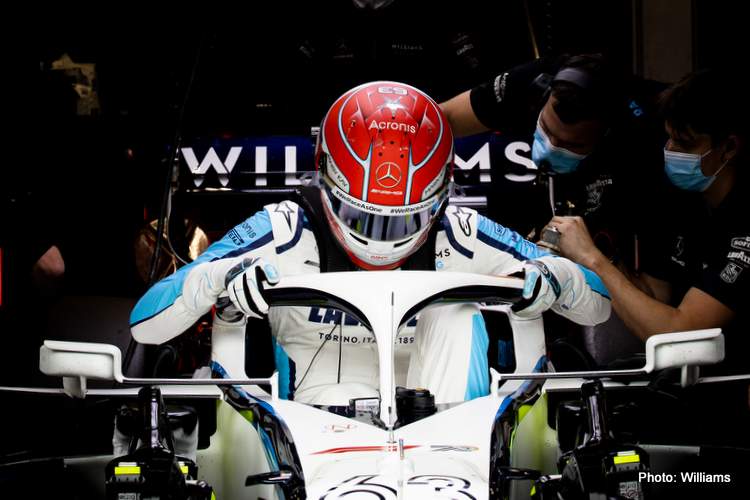 Mercedes team principal Toto Wolff said that George Russell can play a role in Williams being successful and insisted the situation was “not looking bad”.

As a Mercedes junior driver Russell was placed at Williams in 2019, although there has been speculation that the Grove outfit could look replace to the Englishman with Sergio Perez for 2021.

With Nicholas Latifi’s financial backing meaning he is unlikely to be replaced, his drive could be at threat if Williams do entertain the possibility of hiring Perez, who would also bring his own funding for the team.

Asked whether Mercedes were concerned that Russell could be without a drive for next season, Wolff said that the 2018 Formula 2 champion could play a part in the team’s future success.

“It’s not looking bad, to be honest. I think there is a lot of theories whether he stays or not and [there are] various drivers, good guys with also a little bit of budget, that are there,” said Wolff.

“But I think that the reason why the investors have come in [at Williams] is that they want to be competitive. They have made a sensible plan on how to increase performance every year and they are not expecting any wonders short term but they’re having a clear path to success over the next few years and I think that George can play a role in there.

“He’s clearly performing very well, the team likes him. And so if I were them, I would keep him. If George were to slip through the system, we’re happy to take him in our squad, we will have a sensational reserve. I’ll put him through a mega testing programme and prepare him in the best way for a 2022 blast.”

Given Russell’s level of performance, any decision to replace him would likely be financially driven, but Wolff said that replacing Russell would not damage the relationship between the two teams.

“I totally respect the independence of Williams like any other team and they need to make the decisions,” he said.

“Sometimes financial decisions take priority over sporting decisions, and sometimes even the sporting decisions need to be balanced. It’s not always a clear cut. It wouldn’t damage the relationship, it would be disappointing but that’s all. I’ll get over it. These things are separate. These contracts, they are valid we will respect them, that’s how we do it here at Mercedes. I’m happy with the three customers that we have for next year.”