Vettel: I have to think that we have the same car 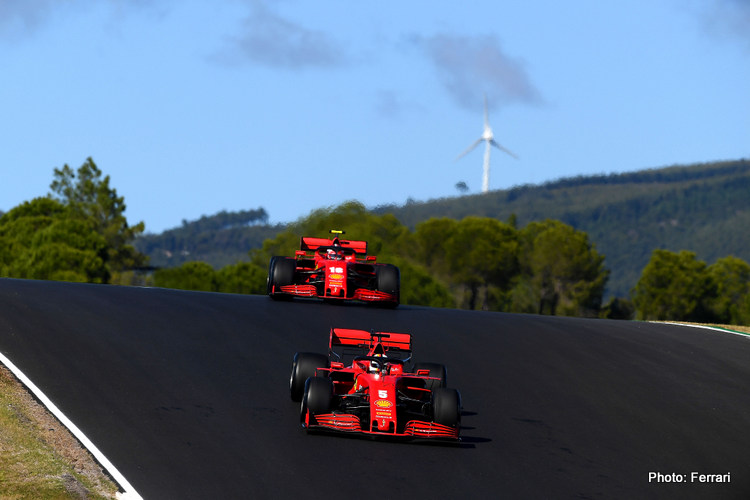 Ferrari’s Sebastian Vettel has walked-back his comments that the Scuderia is favouring teammate Charles Leclerc, maintaining he trusts his team is doing the right thing.

Causing a small firestorm after Sunday’s Portuguese Grand Prix, Vettel hinted to German broadcaster RTL that something was off with his car compared to Leclerc’s, but has now moved to clarify the difference lies with the driver, and not the machine.

“Well I think I have to think that we have the same car,” he told reporters, as reported by Autosport. “I trust the people around me and in the garage. I have one thing that is obviously told by the stopwatch and the lap times, and the other one is by my feeling.

“Feeling-wise, I really struggle to get the good laps together, be consistent and feel the grip that maybe Charles is able to feel, so I’m working on it.

“But there’s nothing else other than work that will get me out of it.”

Finishing 10th on Sunday, Vettel was six places behind teammate Leclerc in fourth, although it still represented the German’s best result in three races.

According to Vettel, the bigger concern is his performance in qualifying, something he hopes to improve at this weekend’s Emilia-Romagna GP at Imola.

“I think together with the team around me, I’ll try to make the maximum, and hopefully we are in a bit better place next week,” Vettel said, looking ahead to this weekend’s race at Imola.

“Obviously our weakness at the moment is the Saturday. On Sunday, we are struggling because we are always in the pack, and it’s a very difficult race from then and very different, so probably not always the best sort of comparison.”