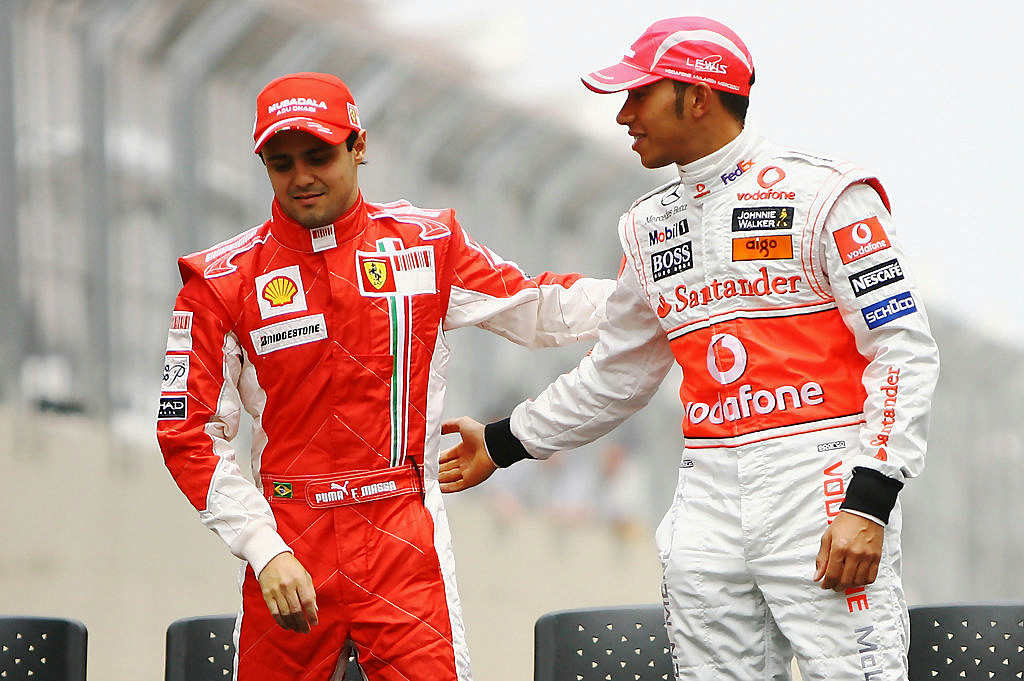 Felipe Massa believes that while Michael Schumacher was better technically, Lewis Hamilton is the more talented of the two Formula 1 greats.

Hamilton broke the German’s win record on Sunday at the Portuguese Grand Prix, prompting plenty of discussion among fans and pundits about who has the edge between the two drivers.

Massa, who partnered Schumacher at Ferrari in 2006 and battled Hamilton for the 2008 world title, explained that it was tough to compare the two as he was never teammates with the six-time champion.

Speaking on the In the Fast Lane podcast, the Brazilian said: “It’s very difficult to compare. I didn’t race with Lewis in the same team. You really need to race with both of them in the same car, understanding the data, to compare one with the other.

“But both are completely amazing and talented and different, and complete drivers in so many areas.

“But the talent and pace alone. Michael was training massively physically, Michael was very good on the technical side. I’m not sure [Hamilton] is exactly like that on the training side, on the physical side, but he’s also not really like that on technical side. But he’s making everything in the perfect way. Maybe even on the talent side, he’s even over [Schumacher]. Because even if he doesn’t work as hard, he can do everything in the perfect way.”

The former Sauber and Williams driver added that Hamilton’s talent was obvious on his entry to Formula 1, with the Brit going toe-to-toe with two-time champion teammate Fernando Alonso in his rookie season.

“It was clear that Lewis was a very talented driver since he started,” said Massa.

“He didn’t win [the title] in 2007 because he had some mistakes, maybe some experience was missing in some races. I remember in China he crashed going into the pitstop, he just stopped in the run-off area. In the end he didn’t win the championship because of some mistakes, and also the fight he had with Alonso in the same team.

“In the end his numbers are showing his capacity, what he’s able to do. The numbers keep showing, because he will beat all the records in Formula 1, victories and maybe this year he will already be the same number of titles as Michael Schumacher – which is something that is unbelievable.”