Inside Line: Vettel-Ferrari might’ve been a great story 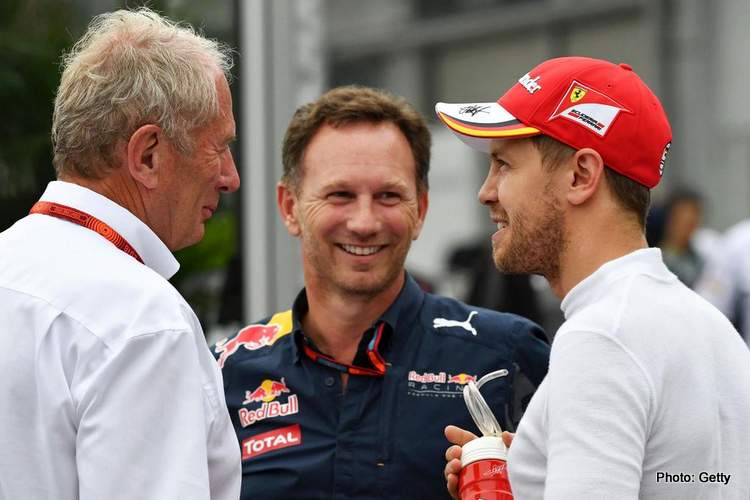 I, for one, am saddened to witness Sebastian Vettel’s annus horribilis in his final year at Ferrari; driving like a rookie, incident-prone, out-of-his-depth confused and comprehensively trounced by a driver ten years younger than him.

Seb is a four-time F1 World Champion and few will forget the ‘Finger-Boy’ at Red Bull in all his pomp and glory. Gobbling up four world titles in a row, with Red Bull, before joining Ferrari in 2015.

There he got off to a great start, a podium at that year’s season later in Melbourne and two weeks later bagged his first win in Red at Sepang.

Notably, it was his first victory after a year in which he was humbled by teammate Daniel Ricciardo at Red Bull in 2013; and Ferrari’s first win in two years, in the aftermath of the turbulent Fernando Alonso era.

Seb brought in a breath of fresh air and motivation to win for the grand old team. It was a dream start, for the German whose landing at Maranello was likened to the arrival of Michael Schumacher nine years earlier.

In comparison, Schumi’s arrival in 1996 was less fairy-tale-like as he endured three DNFs in his first six races for Ferrari before winning the Spanish Grand Prix midseason.

He went on to score a couple more wins, in Belgium and then famously at Monza a fortnight later.

In retrospect, it would be fair to say that the pair enjoyed solid starts to their careers at the Scuderia – Schumi third in the 1996 championship and Seb third in 2015, also with three wins.

But that’s where the parallel’s diverge.

Michael arrived at Maranello under the leadership of Luca di Montezemolo and Jean Todt as the team boss.

Before his tenure in Red, he drove for Benneton – a team owned by a clothing company using F1 as a platform to sell more T-shirts; the Red Bull of the time, the only difference being that the former were peddling over-priced leisurewear while the latter do the same with their over-priced energy drinks.

But, crucially for Schumi at Benetton, he worked with the likes of Ross Brawn and Rory Byrne; they separated Flavio Briatore’s Caligula-style management from a serious racing team that won two F1 world titles with the German in the cockpit.

Ross and Rory knew their stuff, Schumi noted. Despite those three wins in his first year as a Red, he realised that whatever Todt had assembled to that point was always going to be second best.

To become a force he needed the clever guys from Benetton on his side at Ferrari, and that’s exactly what happened. In 1996, a year after Michael joining the team, Ross & Rory parked their cars in the Maranello parking bay as employees, to begin the construction of what became a legacy.

But, it took until 2000, and a whole lot of drama before then, for the fruits of the new (non-Italian) leadership to ripen and when it did, Schumi bagged five F1 titles in a row at the turn of the century and added 72 victories to the record books during his decade with the team. By far their most successful driver ever.

So what has this to do with Seb?

He erred by not following the example of the man he idolises and was expected to emulate. Had he paid more attention to the history books, he might have done what Michael did and go to the management and say: “This is a great team blah blah blah,” but then demand, “Without two blokes I know this thing of ours ain’t gonna work.”

Luca listened and not long after in walked Ross & Rory, forever indebted to Schumi for yanking them away from the perpetual chaos of working for Flav to more dignified and historic Maranello. And, one would imagine, a handsome sum of greenbacks spread around generously.

In other words, Schumi had not only secured the best brains in the business for his ‘new’ team but also, in the perpetual political cesspool that is Ferrari his back was covered by his own loyalists. And it was until 2006…

So, where did Seb miss a trick?

Some background first. It is fair to recall times at Maranello when he joined the team. The passionate leadership of Di Montezemolo was gone; my-way-or-the-highway, Sergio Marchionne was the new Capo flexing his muscles by bulldozing the ‘house that Luca built’ exacerbated by a concerted campaign by the late Canadian-business guru to discredit his predecessor.

Facts are: Seb was hired by Luca and then Sergio became his new boss and chieftain wanted a more Italian team; Tim O’Brien sums it up best in Northern Lights “Everything was such a damned nice idea when it was an idea.”

Before that, Seb would have been wise to what was required, amid the chaos of the time, and convince Ferrari to break the bank to get Adrian Newey to Italy and, for his protection, scoop both Helmut Marko or Christian Horner as much needed loyalists for the landmine packed venture.

This quartet owned the recipe for success, thus they had the blueprint to rebuild Ferrari on the same lines of the mighty Red Bull operation that dominated when Seb drove for them.

But, of course, Seb did not demand. Instead, he learned Italian.

Whether Tifosi like it or not, the glory years they enjoyed at the turn of this century is down to Michael-Luca-Jean-Ross-Rory; not a sticker of a prancing horse on the car or the fact they are built at history steeped Maranello.

Put it this way: the combo of Michael-Ross-Rory, at the time, would have transformed any team that hired them. In this case, it was Ferrari who broke the bank to make it happen.

Seb-Adrian-Helmut-Christian was the combo that would have made the project work, and here the list of how they would’ve done it:

With the benefit of hindsight, it is clear Seb dropped the ball by not bringing in his own crew along for his Ferrari adventure as his idol once did, in fact, he did the exact opposite and paid the price.