Sir Jackie: Lewis is undeniably one of the best athletes in history 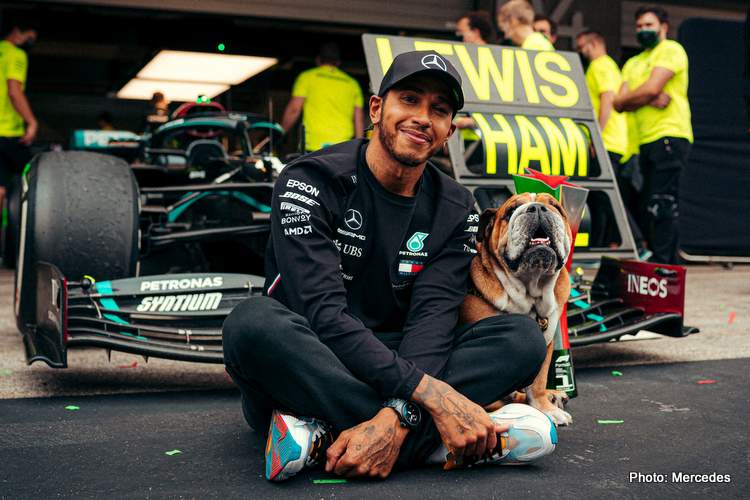 Only a fortnight after he drew level with Michael Schumacher on 91 victories in Germany, Lewis etched his name into motor racing immortality with another virtuoso display at Portimao.

He took the chequered flag nearly half-a-minute clear of Valtteri Bottas in the other Mercedes to move to 92 wins and stand alone as the driver with the greatest number of grand prix victories.

“Lewis has had a hugely impressive career from his karting days to his association with Ron Dennis at McLaren and then of course the wonderful Mercedes-Benz.

“I take my hat off to him for his considerable achievements and I wish him well for his continuing career. He is undeniably one of the best athletes in history and an inspiration to so many young people.”

Damon Hill, the 1996 world champion, said on Twitter: “Well I guess I can’t say I’ve beaten the best driver in F1 any more. I had a good run though. Thanks @schumacher and welcome @LewisHamilton. GOAT.”

Hamilton was an 11-year-old boy from Stevenage dominating Britain’s karting scene and winning the aptly named Champions of the Future series the last time a grand prix was staged in Portugal in 1996.

Little did Hamilton know then, that almost a quarter of a century later he would stand on the brink of clinching seven world championships – his triumph on Sunday moving him 77 points clear in the standings with just 130 remaining – and breaking F1’s all-time win record.

Lewis’ father Anthony worked four jobs to pave the way for his first son to start out in motor racing. How fitting that he was trackside here for the first time this season to witness his son’s most remarkable of feats.

Estranged for a number of years after Lewis sacked Anthony as his manager in 2010, they shared a long embrace after the race. Armed with his iPad, Hamilton Snr then captured the reaction of the 30,000 fans as his son held aloft an F1 winner’s trophy for a 92nd time.

Reflecting on the driver whose record he had just surpassed, Hamilton said on social media: “I am thinking of Michael today. I will forever have the utmost admiration and respect for you, it’s truly been an honour to be mentioned in the same sentence. I could only think of being where I am today.

“I am 35-years-old and I still feel physically strong, but of course you wonder when it is going to tip over and when you are going to start losing performance. Judging by today, it is not yet.”