Gasly: Hopefully I will get rewarded at some point 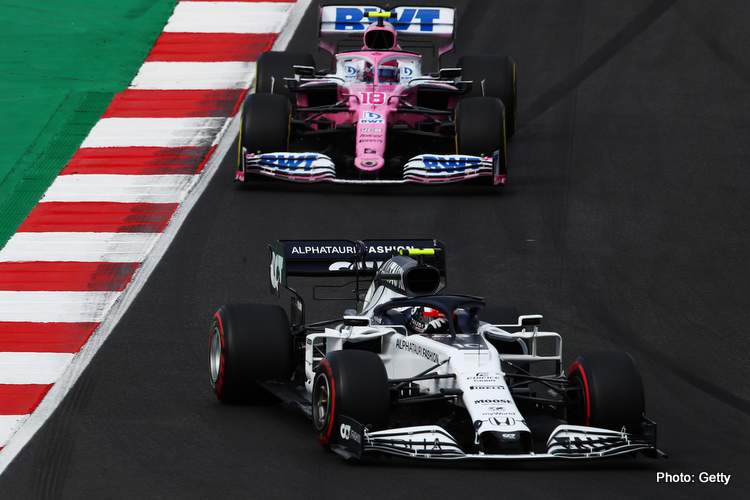 2020 Italian Grand Prix winner Pierre Gasly did his shares the world of good with a high-end performance during the Portuguese Grand Prix, putting his Red Bull paymasters in a quandary.

While the AlfaTauri driver, who was demoted mid-season last year and rookie at the time Alex Albon promoted to the seat beside Max Verstappen in the senior team. However, despite a solid start last year with Red Bull for the London-born driver, he has stagnated and even gone backwards relative to his prodigious teammate.

A year down the line it is clear to all, but his team, that the Thai driver is out of his depth.

Consider that on Sunday in Portimao, on his way to a miserable 12th place he was lapped by podium-bound Max in the sister car. Furthermore, the score in qualifying is 12-0 to the Dutchman in the quali-stakes. It is not pretty reading for the Albon-camp.

But Pierre is unperturbed by the stubbornness of Dr Helmut Marko, and the powers that be in the Bull-pen, and is resigned to his fate, telling reporters at much after bringing the AlphaTauri home in fifth, “Red Bull decide what they want to do with the drivers.

“I think on my side, the only thing I can do is to perform, but obviously performance is not the only criterion to be in Formula 1 and to get a seat.

“That’s out of my control – the only thing I can do is put in strong results. At the moment everything is working well. I have scored more points for Toro Rosso [AlphaTauri] than any driver in the past and hopefully, I will get rewarded at some point.”

The consensus in the paddock is that the “reward” is long overdue, especially in the light of Albon’s poor performances relative to Verstappen.

The Pierre we see today is a far cry from the tormented soul he was at Red Bull, his plight as if predestined after trashing the Red Bull twice during his first tests with the team in Barcelona ahead of the 2019 season. Today he is a race winner, driving with confidence and calculated bravado.

He agrees that he has improved, “I think that would be fair to say. With a bit more experience now, I think I manage and approach the weekend in a different way and manage to extract everything a bit more.

“There are still many areas to improve, but it’s working well and the team is still doing everything I need to perform. I think we have a good working relationship.”

The weekend did not go according to script for Pierre, a fire in FP2 had his crew burning the midnight oil on his behalf. He then did what most greats do when times are tough, he rewarded them with ninth on the grid and went even better a day later in the race.

“We were very competitive,” acknowledged the 24-year-old. “I must say I really enjoyed the race, it was very entertaining inside the cockpit. I’m really happy we managed to pass the Renaults, McLarens and Sergio Perez’s Racing Point, especially after all the work the guys did on Friday night – they slept one hour.

“Everyone was really tired after rebuilding a full new car, so I’m really glad to give them back this fifth place. It’s like a small win for us. When you change chassis you think it can go either way, worse or better. That one seemed to work pretty well.

“We are really strong at the moment. We finished sixth last time, fifth this time, we are managing to extract everything from the car on Sundays, and also from my side I feel I’m performing at a very good level and I’ll keep pushing that way,” added Pierre.

With five races remaining in the championship he now lies on 63 points, one shy of Alex and 45 up on overshadowed teammate Daniil Kvyat which is ample reason for Red Bull to seriously contemplate promoting Pierre to the big team, if not now at least for next year. Anything less would be a travesty.