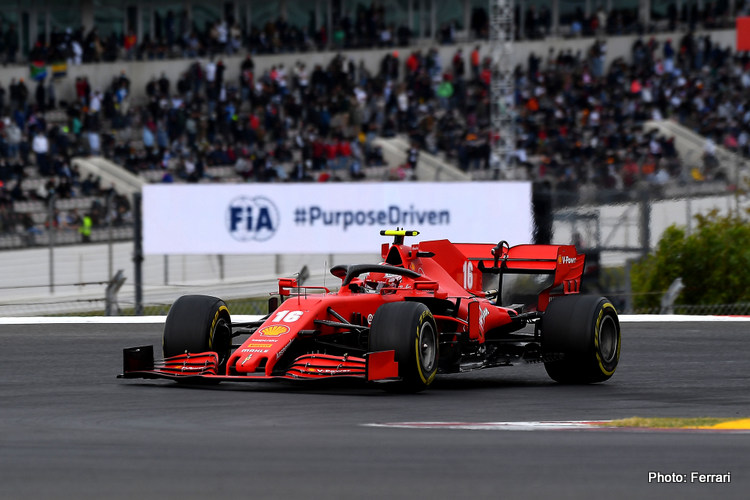 Ferrari boss Mattia Binotto says Charles Leclerc’s result in the Portuguese Grand Prix should not be overblown, even if it represents a “slight improvement” on its previous returns.

Having qualified fourth on the grid, Leclerc endured a difficult start on medium tyres, but came back to comfortably regain his position by the flag.

Afterwards, the Monegasque said he was “extremely happy” with his performance, emphasizing the SF1000’s impressive race pace after it had received its third stage of an upgrade package that started at the Russian Grand Prix.

However Binotto moved to play down the notion the result indicated Ferrari was ready to contend with for the title of ‘best of the midfield’.

“I don’t think it’s day and night compared to the Mugello,” he said, referring to the last race before the upgrades started. “I think the car was slightly improved, but it’s not a completely different picture.

“When I think the battle is so close in the midfield, a couple of tenths may help being ahead of staying behind.

“I think in Mugello our race pace was very poor, compared to qualifying, I think here the race pace has been better, but there are many reasons for it and not only the car upgrades.

“I think it’s important for us that we prove in the next races that they are bringing us the performance we’ve seen here or if it was just specific to Portimão.”