The Morning After: A familiar story 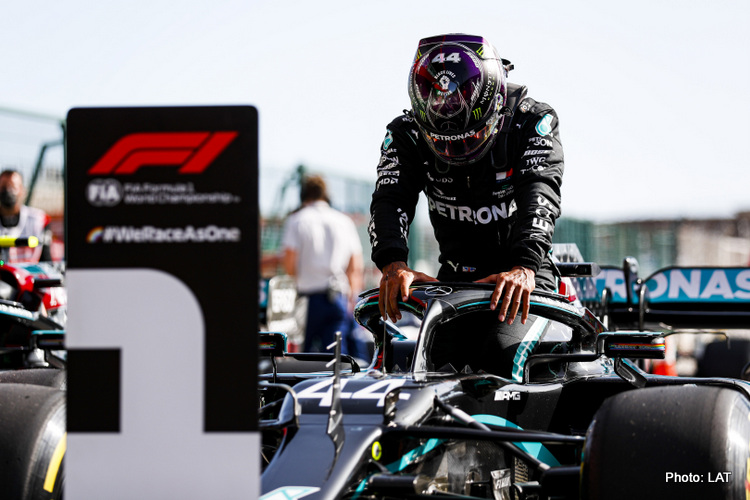 Finding a sliver of extra pace when he needed it, Lewis Hamilton managed to get one over again on Valtteri Bottas at Portimao on Saturday.

And really, you have to feel for the Finn. 0.102 seconds is quite a narrow margin, and one he could’ve perhaps overturned had he too managed a second flying lap. Alas, it’s a very familiar story.

Indeed, if you hadn’t watched a single qualifying session up to this point of the 2020 Formula 1 season, I’d say you could have got the entire gist of what’s happening at Mercedes just from yesterday’s session. Bottas is really quick, but Lewis just has that little something extra when it counts. No amount of firmware upgrades for the Finn can change that.

Similarly, what transpired at Red Bull and Ferrari was fairly indicative of what has been the case over the previous 11 races as well, albeit in a far more concerning fashion. For Sebastian Vettel to be 0.552s behind Charles Leclerc, and Alex Albon 0.533s behind Max Verstappen at a point when both are well overdue for strong qualifying performances is pretty damning, and given the German is leaving his team, you have to think the Thai soon will be as well.

The TV direction at the end of Q3 has to have been some of the worst I can remember. Hamilton is in the midst of his charge to pole and we’re stuck watching everyone but the Briton almost until he crosses the line. Maybe I’m crazy, but I’d rather watch the fight for pole than fourth.

His fate at Haas decided, it looks like Romain Grosjean is no longer holding back. On Saturday he branded his car the “slowest in the paddock” and suggested it has suffered all season from an overheating rear suspension that leaves his race engineer “rolling the dice” with the setup. Something tells me he won’t miss driving this car too much.

Love seeing George Russell respond to the uncertainty around his seat with another Q2 appearance for Williams. Really makes you wonder just how much value Nicholas Latifi can bring when he’s 0.846s slower.

The fastest strategy for the 66-lap Portuguese Grand Prix is a one-stopper, but with comparatively little running on this new circuit in free practice and consequently a lack of data in terms of wear and degradation levels, to predict the best strategy is harder than usual.