Masi: Drain collapse was something we haven’t seen before 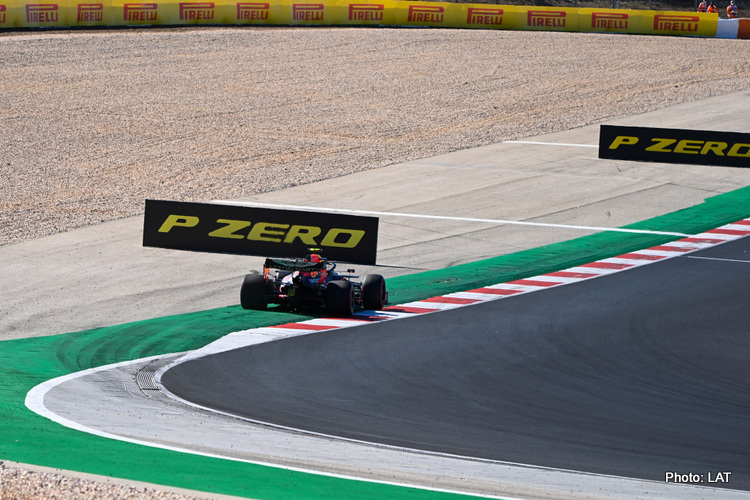 Formula 1 race director Michael Masi has revealed there was some confusion over the cause of the issue with a drain cover which delayed the start of qualifying for the Portuguese Grand Prix on Saturday.

Originally it was believed it was simply a loose drain cover which Ferrari’s Sebastian Vettel had ran over at turn 14 to bring a slightly-premature end to practice 3, but Masi said afterwards the problem was more serious.

Causing a half-hour delay to qualifying despite the two-hour gap between sessions, Masi explained that a thorough inspection had to be completed.

“As soon as it was noticed, practice 3 was obviously suspended and didn’t continue and a repair was undertaken in that area.

“Further checks were undertaken for a number of other drains at exactly the same point in time. It’s something we haven’t really seen before, a collapse of that nature, certainly. So we checked all the other drains with all of the officials around the circuit. e.

“There were a couple of other cracks that were identified and repaired immediately. And obviously where the drain itself was at turn 14 on the left-hand side repair was undertaken. [We put] plastic pipe in, filled it with concrete, and then a quick-set concrete on top of that, trying to get that dry as quick as possible.

“So that meant a slight delay to qualifying. But in the circumstances, better to have that done and everything else checked.”

Despite having undergone extensive preparations in the months before F1 returned to the circuit for the first time since 2009, Masi suggested the high levels of downforce created by the 2020 cars had caused the problem.

“We don’t realise, probably appreciate the forces that F1 cars generate. Certainly ‘unforeseen’ is probably the best way to put it, considering the circuit’s had a significant number of upgrades done to it for this event, including the entire resurfacing of the circuit, as well as a number of safety barrier upgrades.

“All of the drains were also checked the same point in time. But the fact is we’ve got a casing cracking.”

Masi also stressed an additional inspection of the repairs was being carried out before Sunday’s race.

“There’s further checks being done,” he said. “As soon as the last activity was completed today further checks were undertaken around the entire circuit for all drains and just as a further precaution.”