Hamilton: What a time to be alive 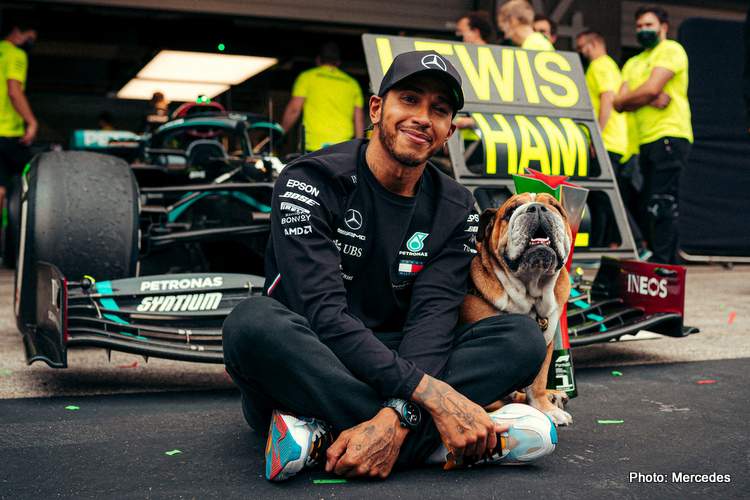 Lewis Hamilton put no limits on what he could achieve after roaring past retired Ferrari legend Michael Schumacher on Sunday as the Formula 1 driver with most wins in the history of the sport.

The Mercedes driver’s 92nd victory was one of his most crushing, Hamilton lapping all but three rivals at the Portuguese Grand Prix.

Hamilton took the chequered flag a huge 25 seconds ahead of second-placed teammate Valtteri Bottas, who had led at the end of the first lap.

The six-times F1 world champion, who joined Mercedes from McLaren in 2013 and is now set for a record-equalling seventh title, was just as quick to thank his teammates at track and factory afterwards.

“This is a phenomenal time for us and the great thing is it’s not just me. What a time to be alive,” he added.

To the legends before me, thank you for paving the way 🙏🏾 https://t.co/u9hIcdKz2j

Asked how he could raise the bar, Hamilton said it depended on the team, “Going by our history together…I think there’s a lot more for us to do.

“I’m 35 years old, I still feel physically strong but of course you wonder when is it going to tip over, when are you going to start losing performance? But as shown by today, it’s not yet.”

Hamilton and Max Verstappen, the 23-year-old Red Bull driver who finished third and is seen as a future champion once he gets a car capable of beating the Mercedes, joked about the records afterwards.

“Lewis said he keeps pushing because he wants to set it (the bar) very high because I have to work hard to try and get there,” said Verstappen, who has nine wins to his credit so far.

“It’s amazing. It’s just an incredible achievement. 92 victories and I don’t think it stops there. I think it will go well over 100 so he’s pushing me to go until I’m 40 years old or something. It’s a good motivation.”

💬 “It’s going to take some time for it to sink in. I can’t find the words at the moment…”

Debriefing a historic day for Lewis and the Team in Portugal 👇