Grosjean: Haas have the slowest car in the paddock 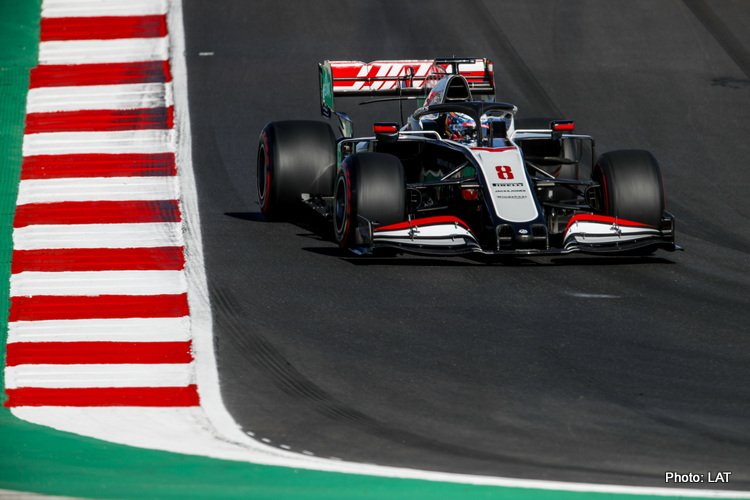 Haas’ unresolved issues from preseason testing mean it has the slowest car on the Formula 1 grid, according to Romain Grosjean.

The Frenchman, who will be departing Haas at the end of the season, had only Williams rookie Nicholas Latifi behind himself and teammate Kevin Magnussen in qualifying for the Portuguese Grand Prix, and did not hold back in his assessment of the VF-20 afterwards.

“The car sadly I believe is now the slowest of the paddock and we have to try not to be last in quali and give our best,” he said.“I can find a tenth maybe but there isn’t much more in the car.

“We’re struggling with the rear suspension overheating, meaning that the platform, the ride height, keeps changing at the rear. From one lap to the other we can pick-up up to 4% of aero balance.

“When it gets hot at the end of third practice you get the ride height and then it cools down – and then you start qualifying with a different one and every lap the rear suspension heats up and the rear ride height changes. Normally we’re struggling a little bit but this weekend the magnitude is quite bigger and we’ve got no idea why.”

Ninth in the constructor’s championship with just three points through the first 11 races of 2020, Grosjean suggested the car’s problems were simply impossible to solve.

“I feel for my race engineer because they roll the dice and they decide which flap angle we’re going to go on but we never know where it’s going to end up.

“We’ve had the issue all year long but this weekend it has been, for some reason, really exaggerated. So we’re struggling with that. The car is never the same from one lap to the others. We’re not very confident for tomorrow and how it’s going to end.”