Verstappen: Not too far behind Mercedes so all to play for 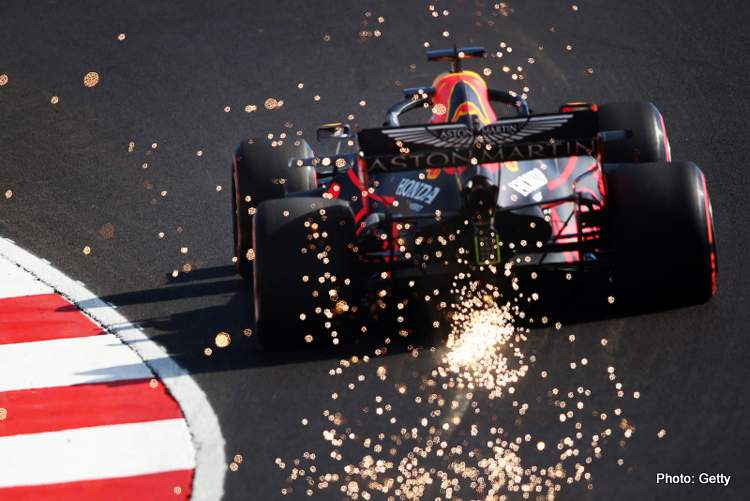 Max Verstappen was content with his third place in qualifying for the 2020 Portuguese Grand Prix, the Dutchman again lacking the firepower to beat Mercedes on Saturday but is confident ahead of race day.

In the end, the Dutchman was a quarter of a second shy of Lewis Hamilton’s pole-winning lap and clearly the best of the rest. As a reference, Red Bull teammate Alex Albon was lacking half a second to his teammate around the tricky Portimao rollercoaster track. He was sixth fastest.

After the session, Max reported, “I’m happy with qualifying, my Q3 lap was pretty decent and third is a good starting position.

“This weekend we have seen the new tarmac make it quite difficult to get the tyres in the right window, which was the same for everyone, so it was a bit hit and miss but we are not too far behind Mercedes and there’s a lot to play for tomorrow.

“I think the start is going to be important as I’m on the soft tyre while the others around me are on the medium but nobody has a lot of information about how the tyres are going to hold up. We’ll just feel our way into the race and push hard as always and sometimes a bit of unpredictability from the tyres makes things more interesting.

“Turn 1 is not really a place to dive. I think the start will be important but even then, we don’t really have enough information about how the tyres are going to hold up, so we’ll just feel our way into the race and see what’s going to happen.

If it is also windy and raining then it will be even more of an unknown but I hope that whatever the conditions we can be in a good position to push Mercedes tomorrow<” added max ahead of his 114th Grand Prix start on Sunday.