The Morning After: A spicy Friday 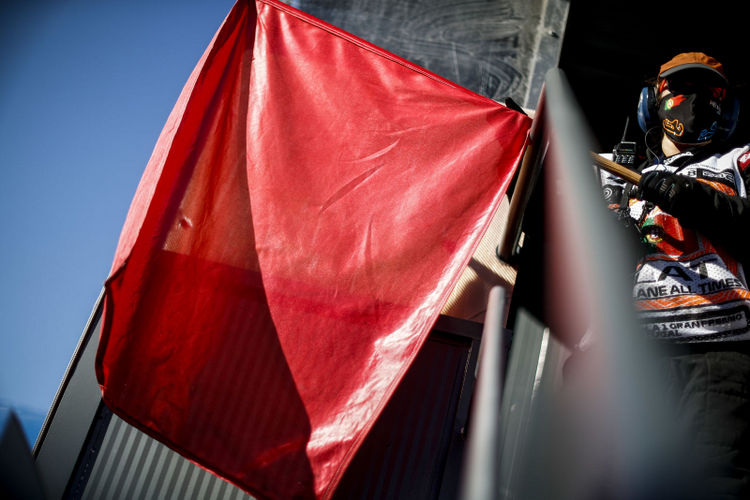 Formula 1 may not have visited Portugal in quite some time, but it didn’t take long for it to find its controversial best on Friday at Portimao.

Whether it was a case of miscommunication, sheer hard-headedness, or two drivers whose calendars must have said “Sunday” instead of “Friday”, the collision we got between Lance Stroll and Max Verstappen was as noteworthy as it was unnecessary.

Really, there’s no circumstance where two drivers should be racing themselves like that in a practice session, but it gives us a chance to play every armchair expert’s favourite game: the blame game, so why not take advantage?

First, Stroll’s engineer messed up for not telling his driver Verstappen was pushing out of the final corner. That’s a pretty basic error that, if not ensuring Stroll avoided an accident, would’ve at least prevented the Canadian’s own subsequent error not to check his mirrors as he made his way down the start finish-straight. Yes, Stroll should’ve known better regardless, but if you’re not looking-out for your driver at all times, then what are you doing exactly?

Then, of course, we come to Max. If there’s one thing we know about Max, it’s that he’s as stubborn as a mule, and that was certainly the case on Friday. As much as Racing Point and Stroll dropped the ball, at some point you have to realise, “ok, this bloke isn’t yielding, maybe I shouldn’t try to take the corner” and put self-preservation ahead of lap time.

Alas, he didn’t, and in his defense I will say that it is his uncompromising nature that makes him who he is – which is one of the two best drivers on the grid. Ideally, he wouldn’t get entangled in such messes, but now six years into his F1 career, I’d wager he is who he is. It’s usually for better, yesterday just happened to be one of those times it was for worse.

125. Lap times deleted across FP1 and FP2, per Motorsport Week’s Phillip Horton. You think track limits might be an issue this weekend?

1:17.940. Fastest lap from Valtteri Bottas on Friday – about 10 seconds faster than the best effort last time F1 visited the circuit, in January 2009.

P8. For Lewis Hamilton in FP2, emphasizing that with the Stroll/Verstappen crash and Pierre Gasly’s car catching fire, it’s really hard to ascertain a pecking-order after Friday. Safe to say though Lewis will probably be higher.

What once seemed like a rumour is now looking increasingly like reality – if I was George Russell, I’d be worried.

My early grade for Portimao: 8/10. The elevation changes make it a great track to watch cars go round – whether they can race each other (without colliding) remains to be seen.

I thoroughly enjoyed Zak Brown’s little dig at Otmar Szafnauer, although if you’re in F1 and talking about fake doctors, surely you start with Dr. Marko?