Steiner: It is what it is, we are where we are 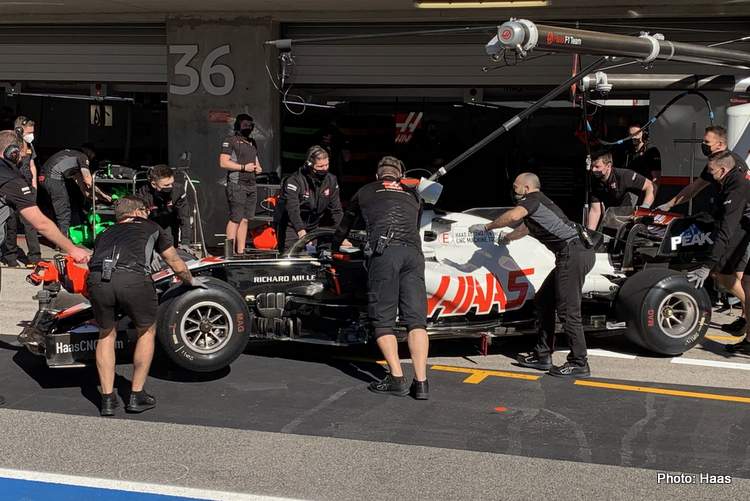 To get an extent of the rot of complacency that has sunk over Haas, one need only read the summary by team principal Guenther Steiner of qualifying for the 2020 Portuguese Grand Prix.

Their soon to depart drivers Romain Grosjean and Kevin Magnussen were 18th and 19th respectively, over 1.5 seconds down on the pole-winning time set by Lewis Hamilton in the Mercedes.

Steiner’s was a short synopsis of another forgettable day for the American team, “This was not what you’re looking for from a qualifying session – but it is what it is at the moment.

“We just need to see what the weather does tomorrow. Maybe we get lucky there and get something out of it. Otherwise, we are where we are.”

Hardly the words of a team boss set to go to war at the pinnacle of the sport, begging the question: why bother?

Tasked with hurling an undeveloped car – by all accounts undeveloped or updated since testing in Barcelona – were Romain and Keving, with the Frenchman summing up, Looking at the layout of the circuit here with the low-speed corners, it was always going to be difficult.

“We’re also suffering from rear overheating on my car on the suspension, the balance was changing lap after lap. I don’t know where we’ll end up in the race.”

Kevin echoed his teammate, “Some frustration today. We had a problem with the car that meant we could only do two laps on every run – we had been planning to do three laps, at least on the first set of tires to learn as much as we could.

“On top of that I had traffic on my second lap on the first run, so I didn’t learn a lot on that run. We were just on the backfoot for the next outing.