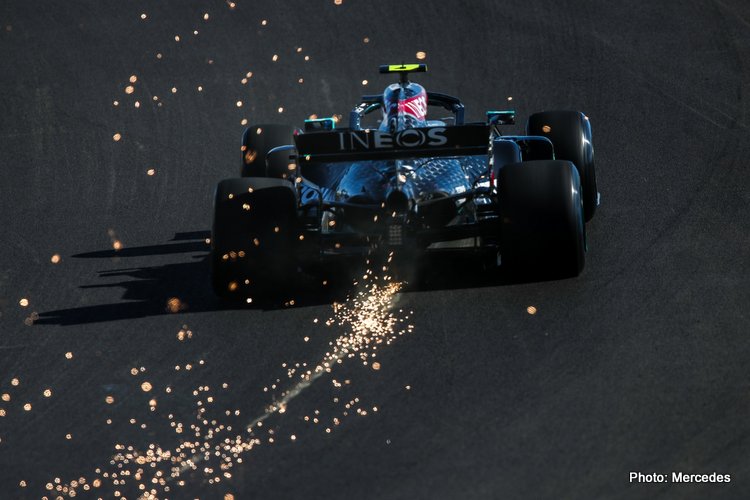 Hopefully a harbinger of what’s to come in qualifying, the two Mercedes were barely a hair’s breadth apart in final practice for the Portuguese Grand Prix on Saturday.

Pushing each other throughout the session, Valtteri Bottas and Lewis Hamilton – the latter despite several mistakes – traded fastest times before Bottas edged ahead for good with a 1:16.654, Hamilton 0.026 seconds behind in a what is shaping up to be a hard-fought battle in a few hours’ time.

That said, if Max Verstappen’s effort in P3 is any indication, it might be a three-way fight for pole at Portimao, as his time was only 0.158s slower than the Black Arrows despite being fitted with mediums to their softs.

A tenth behind Verstappen in P4, albeit on softs, was his old teammate Pierre Gasly, while his current teammate Alexander Albon, also on mediums, finished P5 0.305s adrift of the Dutchman.

Finishing fourth in both sessions yesterday, Ferrari’s Charles Leclerc took a small step back in finishing P6, with the McLaren of Carlos Sainz a mere 0.009s behind him in P7.

Sergio Perez was 0.643s off the lead in P8, although his best effort was also on mediums, and still two tenths ahead of midfield rival Lando Norris in P9, who was equipped with softs.

Esteban Ocon rounded-out the top ten for Renault, with Sebastian Vettel right behind him – the latter bringing the session to a slightly-premature close after running-over and removing a drain cover.

Daniil Kvyat and Kimi Raikkonen were 12th and 13th respectively, ahead of Renault’s Daniel Ricciardo in P14, the Australian being unable to set a fast lap due to first a DRS issue, and then the red flag from Vettel’s incident.

Seeking another Q2 appearance to prove his Williams bosses he deserves to keep his seat, George Russell managed P15 for Williams, while Lance Stroll was unable to really bounce-back from his collision with Max Verstappen in FP2, only managing 16th.

Antonio Giovinazzi, Kevin Magnussen, Nicholas Latifi and Romain Grosjean capped proceedings in positions 17-20, the quartet all quietly going about their business ahead of their qualifying battle to avoid last place. 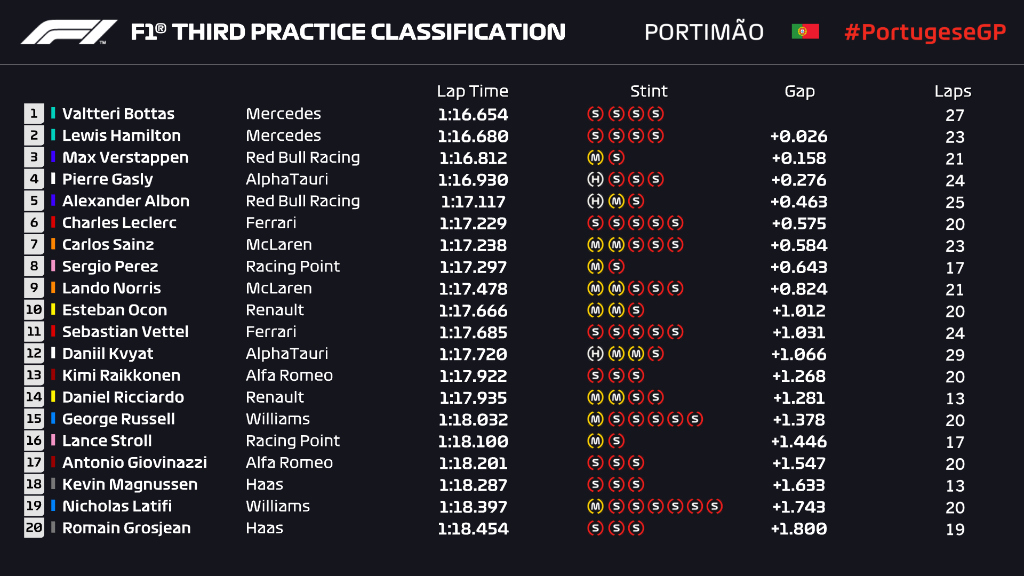