Gasly: Big thanks to the team, they barely slept last night 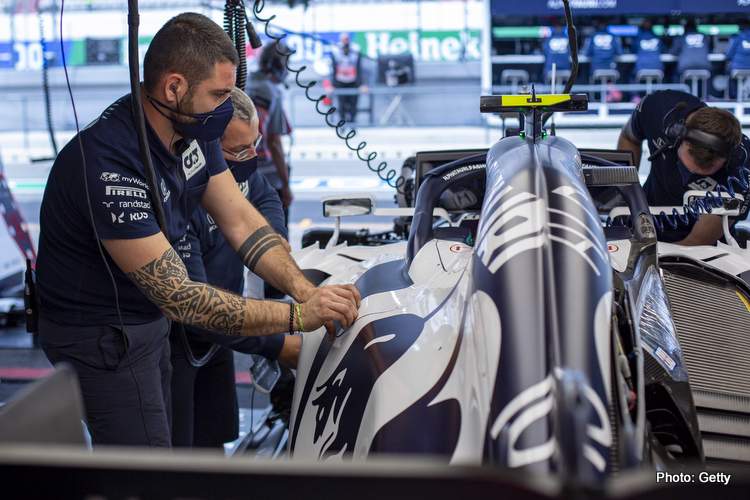 On Friday afternoon Pierre Gasly had to leap out of his burning AlphaTauri after it caught fire during FP2, 24-hours later the Frenchman rewarded his team by claiming ninth place on the grid.

His crew did the hard graft overnight to get his car ready for Saturday, and the Frenchman was quick to thank them for their efforts in his qualifying day report, “The team did an amazing job to get the car ready today.

“They barely slept last night as they had to rebuild the chassis, and everything worked fine, so a big thanks to them for their effort! We were very competitive in FP3, but I’m a bit disappointed with Qualifying because we were fast all weekend.

“We saw that when there is no wind the car is working very well, but when it picks up it becomes more difficult, which was the case in Q2 and Q3. I’m happy with P9 but I think we could have been slightly higher up on the grid.

“It’s a new track to race on tomorrow, the last time we were on a new track in Mugello a lot of things happened, so it will be important that we grab the opportunities that come our way because there might be a few – it should be exciting!” added the 2020 Italian Grand Prix winner.

A delay in the start to Quali gives us more time for some warm ups 👌 #AlphaTauri #F1 #PortugueseGP 🇵🇹 pic.twitter.com/fIll393Pze

Three and a half tenths of a second was the difference between Pierre in ninth and teammate Daniil Kvyat in 13th, the Russian still struggling to find the pace of the sister car, “It was a difficult Qualifying session and I don’t think I had much more confidence to push the car more today, it was moving around a lot and it was sensitive to the wind.

“Every time I tried to push a bit more I was going off the line, so I didn’t have much more than that. I haven’t driven in difficult conditions like these in quite a while, I think it will be an interesting and complicated race, so there will be opportunities for us to get into the points again,” added the Russian.