Stroll: I spoke to Max and we’ve cleared the air 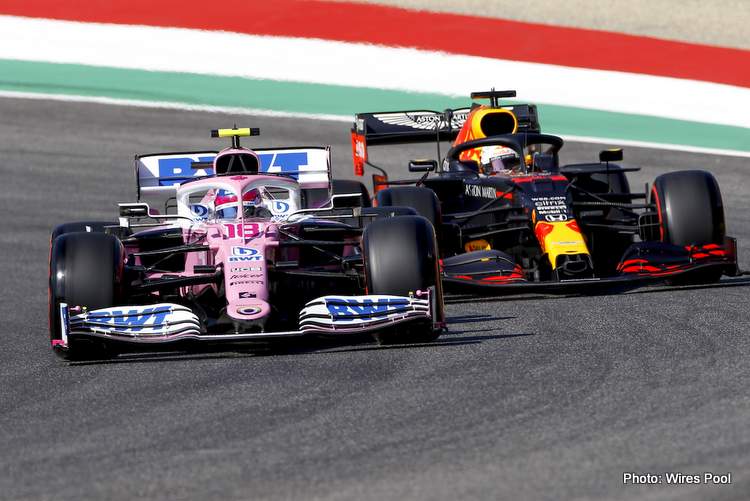 While Max Verstappen was left fuming after the Red Bull driver collided with Racing Point’s Lance Stroll during the second free practice session of the Portuguese Grand Prix weekend.

Max’s expletive-laden outburst, over the team radio, captured headlines, while Lance and Racing Point were more sedate in their observations and clearly keen to move on.

Both drivers were summoned to the stewards’ office for a discussion about their tete-a-tete but no further action was taken as it was the case of two drivers being obstinate and damaging their respective programmes in what was an avoidable confrontation.

Stroll said in his day-end team report, “The incident with Max was unfortunate. We’ve spoken and cleared the air, though. I don’t think Max was expecting me to go for a second push lap and likewise I wasn’t expecting anyone to be alongside me into Turn 1.

“As he had let me through on the last corner of the previous lap, I thought he would drop into the gap, but he didn’t and we ended up coming together when neither of us expected it. It’s been cleared by the stewards and we can draw a line under it and move on.”

Team boss Otmar Szafnauer sided with his driver, “It looks like Max didn’t realise we were doing two quick laps there and shouldn’t have been where he was. We often do two [hot] laps and other teams do it too, so it’s pretty common. You don’t always do push-cool-push-cool, sometimes you push twice just to see what the tyre is like.

“Had Lance known Max was there, he wouldn’t have turned-in. There wouldn’t have been communication between driver and engineer that quickly. We just didn’t anticipate Max to go there. What was the purpose? It’s just ridiculous. For what gain?