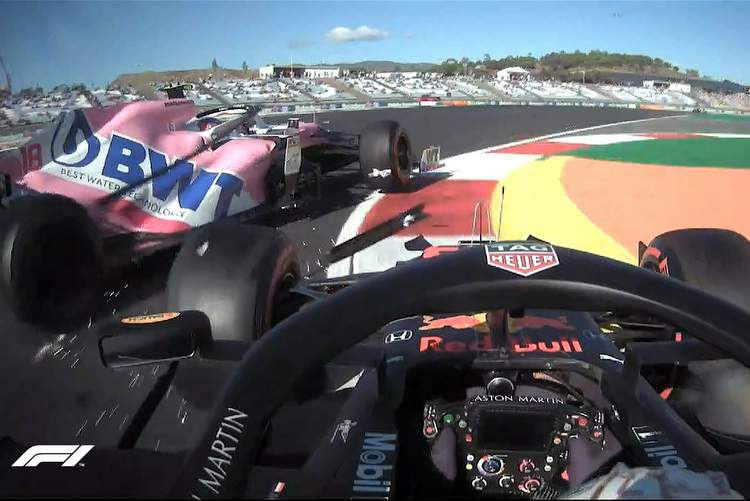 Max Verstappen and Lance Stroll crashed in during the final half-hour of the second free practice for the 2020 Portuguese Grand Prix, causing a red flag stoppage as the lightly damaged cars were removed from the track.

The afternoon saw two red flag interruptions, first when AlphaTauri’s Pierre Gasly pulled over with his car in flames and then when Red Bull’s Verstappen and Racing Point’s Stroll smashed into each other.

There was plenty of swearing from Verstappen over the team radio after the impact as he tried to go through on the inside, including suggesting Stroll was blind.

“Is this fucking guy blind?” yelled an angry Dutchman over the radio. “What the fuck is wrong with him?”

“I was so surprised that he just turned in while I was coming up to him. I don’t know where I had to go,” said the Dutchman, who refused to apologise for his language. “It was just very unnecessary.”

Racing Point boss Otmar Szafnauer saw it differently: “I can assure you 100% that Max knew Lance was there… but Lance doesn’t know Max was there. It’s pretty simple for me.”

Both drivers were summoned to stewards.

Verstappen still ended the day second fastest, half a second slower than Bottas, with Mercedes’ six-times Formula 1 world champion Lewis Hamilton second in the morning and then eighth after lunch.
dislodging Ferrari’s Charles Leclerc who had been faster until then.

Carlos Sainz also found some handy pace to claim fifth late on in the day, pushing Sebastian Vettel down to sixth in the other Ferrari. A relatively good day for the sport’s two most successful teams.

At the very sharp end, Bottas was quickest in both morning and afternoon, continuing a habit of leading the way on Fridays, with an overall best time of one minute 17.940 seconds around the undulating Algarve circuit near Portimao.

For the eighth race in a row, including the Nuerburgring where practice started only on Saturday due to bad weather, Bottas’s name was on top of the opening timesheets.

The Friday morning prowess has not translated into wins on Sunday, however, with Bottas 69 points adrift of Hamilton after 11 races.

Hamilton has seven wins to Bottas’s two and will be chasing a record 92nd career win on Sunday, having matched Michael Schumacher’s all-time milestone at the Nuerburgring on Oct. 11.

The last Portuguese Grand Prix was held at Estoril, near Lisbon, in 1996. (With input from Reuters) 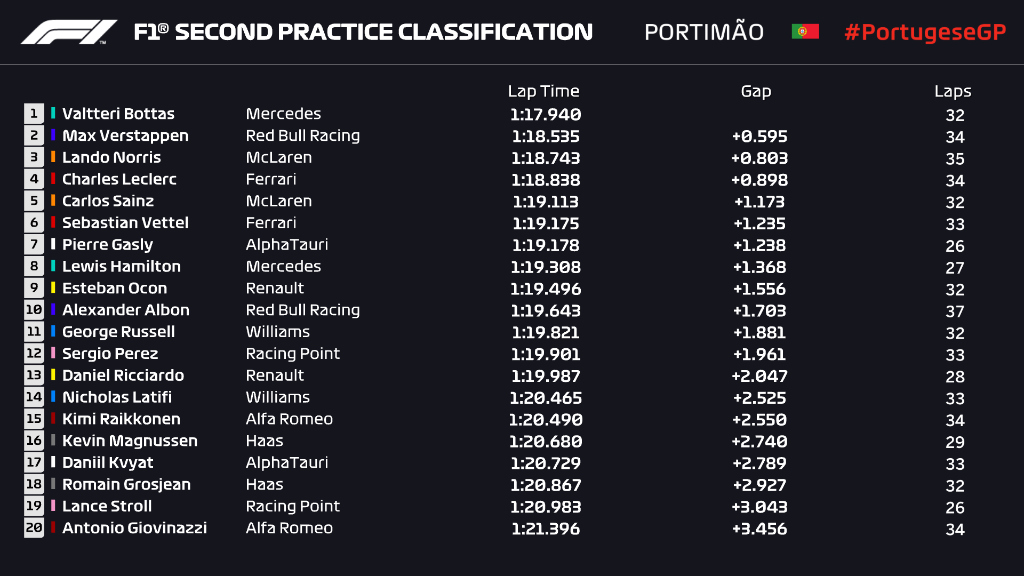 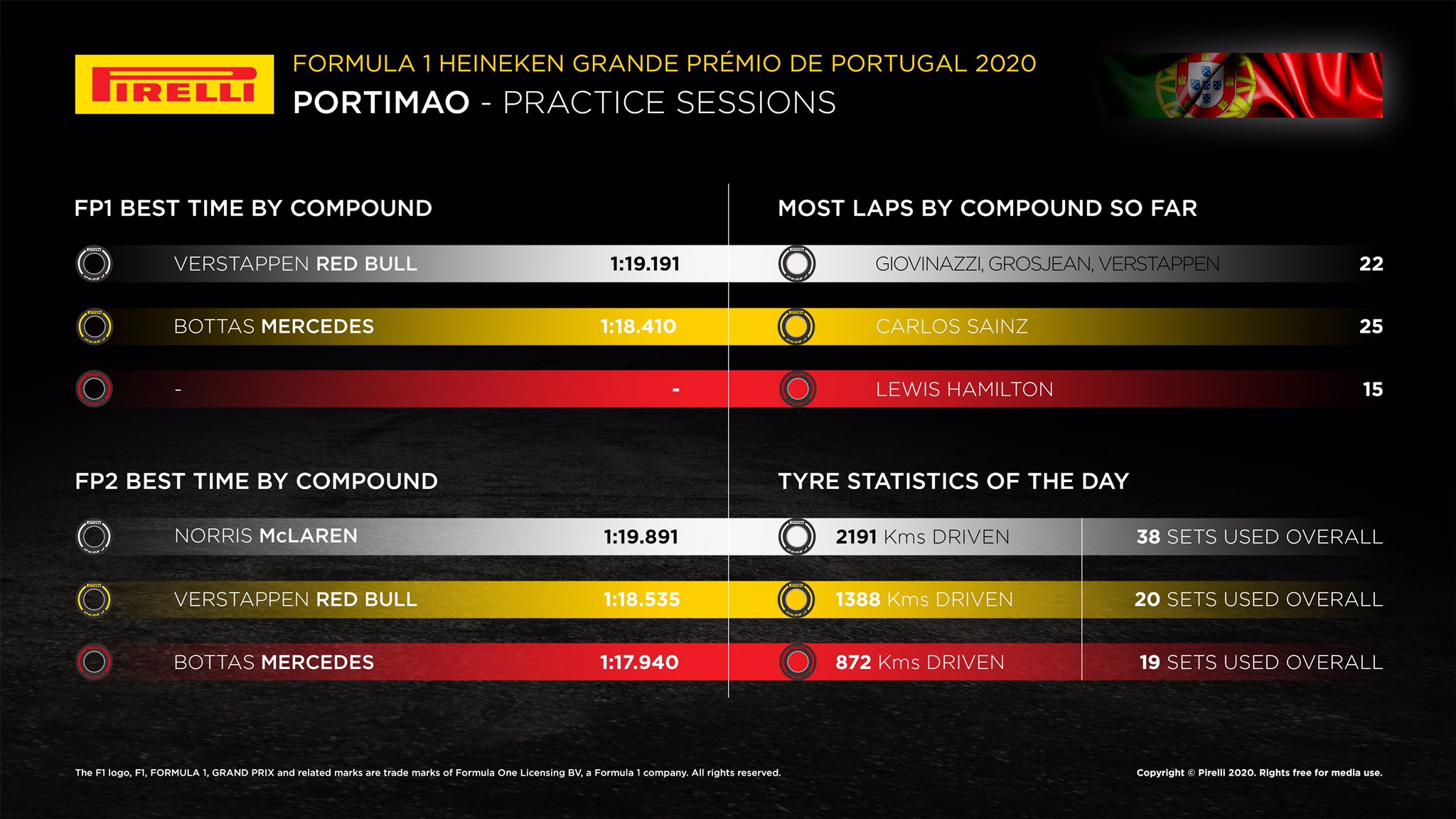